World Music - So what is “World Music”? by Andy Rogers 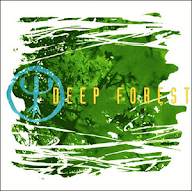 We’ve all met them haven’t we? Those “wine experts” who look askance at a perfectly good bottle of red wine just because it’s come from a supermarket rather than a “proper” wine merchant  … it’s a form of snobbery at the end of the day … “It’s a bit hard to get hold of , costs twice what yours does and only contains organic grapes grown in a certain field by a two hundred year old French peasant who picks each grape individually on the 3rd Wednesday of August by the light of a full moon. Yours is at best an imitation, at worst plagiarism” ..

Pah! What a load of old nonsense! The Supermarket wine is maybe not as Authentic in source or taste but is just as good in its own way.. and that is kind of my point here : When is “World Music” not “World Music” ? Or to put it another way ,  just because the old Spanish folk tune being played is not actually being played by an old Spanish man on a guitar held together by bits of string but by a musician in a recording studio in London .. and furthermore has been arranged , or modified with beats etc, is that still World music?

Well, Yes . In my opinion “world music” is evolving and changing as the world gets ever smaller. No longer can we sit in splendid isolation and expect to remain pure and unsullied. For example .. take the worldwide hit album “Deep Forest”  ..

Comprising two French musicians, Michel Sanchez and Éric Mouquet their various albums have used ambient and chilled beats but featured variously the sampled voices of Pygmy tribes, Hungarian singers and Spanish sounds … but is it world music, or is it just gimmicky dance music full of samples? Well, for what it’s worth my opinion is that it’s a bit of both (!)  but I am perfectly happy to play it alongside the other tunes on my show One World One Voice because it works, its well done and the bottom line is that its great music with a world “feel” … I don’t have any qualms about playing , say , the music of Incendio or Medwyn Goodall , so what’s the difference?

In fact, let’s go one step further and ask “What is this thing called World Music anyway?”.. in its laziest and most simplistic terms it’s a label, a genre, a name though up by some music label guru back in the 1980s for any music not played by 3 or 4 ageing white blokes playing 4 to the bar rock or pop music. Oh yes, there was a world before the internet when your average British/European/American record buyer had no idea what was happening out there in places like the far east or South Africa…

And then suddenly there was Paul Simon with “Graceland”.. 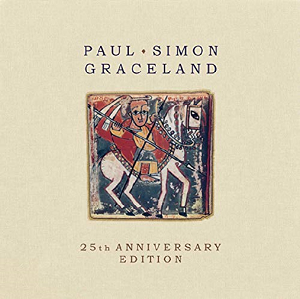 What a shock it was! “You mean they have guitars in Africa? Gosh - they can do harmonies too! If Paul Simon likes it then is must be ok for us to like it too!”   Suddenly people were rushing to buy this westernized sanitized version of African Music – it was everywhere, all your friends had it, all the wine bars and coffee shops were playing it. Labels who had never thought anyone outside Africa would want African music dusted off their archives and swamped the market with this wonderful “new” music..  but how would people find it ? It needed a label.. and that’s where those bigwigs at EMI , Sony etc came into their own .. after meetings and committees and think-tanks and  brainstorms the name they came up for music from around the world was… “World Music”!! . . and so it has remained to this day , though there are finally moves afoot to call it to something a bit less obvious.

As fellow OWMR presenter Michael Hodges said to me not too long ago “Everything is World music to someone”. As exotic as some African or Far Eastern music is to our western ears , if you’re born in Mali or Taiwan then American and European pop and rock music is an exciting and alien sound ..

Whatever you call it, the music is simply fantastic. If you’d like to hear some of it why not join me alternate Mondays at 9pm (UK) time on One World Music Radio… The world is there to explore! https://www.oneworldmusic.co.uk/
Posted by Chrissie Sheppard at 07:48