Music Was My First Love Part 4 by Steve Sheppard

It was the late seventies and I had followed in the traditional of a typical working class family by getting married, and finding a job for life, I did step out of the usual boundaries by daring to get a mortgage and not a council house, something I would regret much later, but as I said in the last edition something was about to happen to me, as well as millions of other workers in the UK, rampant capitalism and the end forever of job security.

Musically until that point I had been content with testing my boundaries with bands like 10cc and that quite brilliant War Of The Worlds album, hats off to Jeff Wayne for that stroke of genius, but on that hazy afternoon on May 4th 1979 life would change forever with the arrival of Mrs Margret Thatcher as Prime minister of Britain, from that day onward I, like many other young men would lose our jobs for the greed and avarice of the few, and would be on a permanent cycle of hunting for work for many years to come, low wages, insecurity and a level of unbelievable stress for those of us who had the dreaded mortgage to find. 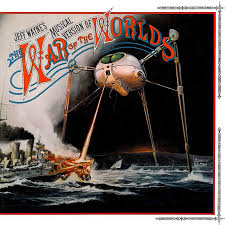 Now this is just as slight touch on the background as I want to show how ones music tastes can alter in a changing climate, I was 22, and on the rocky road of being a very angry young man, I worked like a dog, but it didn’t seem to matter, I cued with hundreds of others for one job for £2:00 an hour and couldn’t see know way out of the darkness of this pit of power against the working man, so my music tastes grew louder, darker, angrier, with bands like AC/DC, Thin Lizzy and Status Quo being spun far more than the gentle styles of Barclay James Harvest the Eagles. 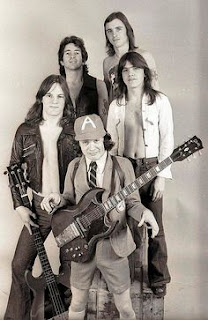 It would get worse, living back in the early 80’s was hard, no one seemed to care, but from that narrative of coldness, it started to eat away at you as well, I got darker and would spin bands like Iron Maiden and Motorhead, and up full volume to piss the neighbours off, I had become indulgent, selfish and had started to drink to much as well, this doesn’t sound too good does it, how can I be that man, how did I turn my life around, well thanks actually down to a few things, one to a band called Saxon, who I thank to this day for saving my life with a song called The Hungry Years from their Strong Arm Of The Law album, the lyrics in that song made me realise I was NOT alone “Right up from the street, Came the ranks of unemployed, Then everything became the hungry years” that song turned my so dangerous anger into energy and determination of not wanting to be broken, this other song of theirs helped even more, Never Surrender and as the words within have been my mantra all my life and to this day that has never changed “Never surrender, When you're up against the world, Never surrender, Stand up fight them all” 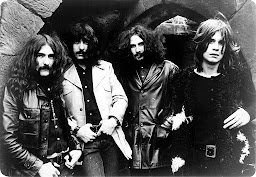 What? Oh yes, you’re right I did say in the last edition about another act that saved my sanity, it turns out it was a similar situation for my lovely Chrissie as well, now although neither of us even new each other existed in the late 70’s or early 80’s, but both of us used Black Sabbath as stress relief!

I’m pretty sure we would both like to thank mister Ozzy Osbourne for the album Sabbath Bloody Sabbath, in those dark moments of anger and frustration I use to release the pain, by playing tracks like the title header which had the immortal lyrics of “Nobody will ever let you know, When you ask the reasons why, They just tell you that you're on your own, Fill your head all full of lies, You bastards” and my working man’s national anthem Killing Yourself To Live which stated quite colourfully “Well people look and people stare, Well I don't think that I even care, You work your life away and what do they give?, You're only killing yourself to live. 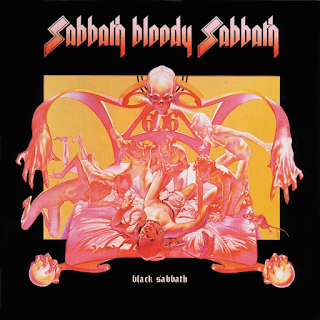 So anger turned into determination, desperation into spirt and on the wings of destiny flew hope, things would change further through the 80’s and I would find that my intellectual capability would seek sanctuaries of nature, Island retreats and Jazz funk, now how can that combination possibility even exist and you know what I’m going to say, yes, you’re going to have to wait for the next edition dear constant reader to find out.

Posted by Chrissie Sheppard at 12:11