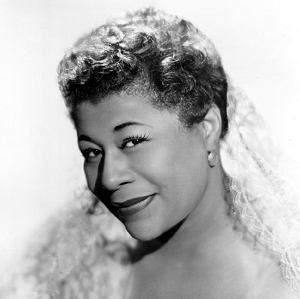 Ella Fitzgerald is considered by many as one of the most celebrated jazz singers of her generation. She became well known through her career of more than six decades, by capturing audiences from all over the world through her mesmerizing performances. She also gained the admiration of various musicians, such as Bing Crosby who once said, "Man, woman or child, Ella is the greatest," Peggy Lee described her as "the greatest jazz singer of our time, the standard by which each of us is measured", and Mel Torme hailed her as having "the best ear of any singer ever."

She was born in Newport News, Virginia in 1917 and grew up within a working class family. After the death of her beloved mother, she went through a really difficult period of rebellion which led her to be sent to a reform school which made her life conditions even worse. Through all her troubles, music, dancing and her love for performing in general, became her saving grace. Even though money was scarce, she would try to make ends meet by tap-dancing and singing on the sidewalks and would use any spare money to pay for piano lessons. After winning an amateur night contest at the Apollo theatre when she was only fifteen years old, her career began with her making initial contacts with various musicians, which led her to her singing in orchestras and winning the crowds over. She recorded for Decca Records during the years 1934-1955, followed by the Verve Records years with the Songbook series and became eight in total, from 1956-1964. Their purpose was to highlight the work of the most popular composers of that time; Cole Porter, Irving Berlin, Jerome Kern, Duke Ellington, Rodgers and Hart, Harold Arlen, George and Ira Gershwin and Johnny Mercer. In total, she recorded over 75 albums, along with hit singles that topped the charts around the world. 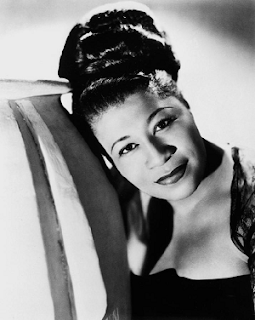 Ella Fitzgerald’s singing style can be described as having a high standard of technicality, effortless phrasing, flexibility or range and an emotional devotion to the lyrics and melody. She had impeccable intonation and a superb sense of timing. Through time, and with Dizzy Gillespie’s encouragement, she was able to master the scat form of vocal improvisation where singers mimic instruments and become just ‘another horn’ within a band. Her talent, accompanied by her developing skill, garnered the admiration of her peers, fans and critics. She was known of her private and shy demeanor; that is why she would not do many interviews within her lifetime. 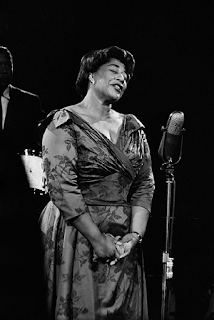 Ella Fitzgerald left her mark as a pioneer by being the first African-American artist to receive a GRAMMY award, which became thirteen in total by the end if her stellar career, plus the Recording Academy Lifetime Achievement Award. She changed jazz history forever and became an icon for many singers who followed, through an amazing  career which granted her fans precious recordings which will live on forever. 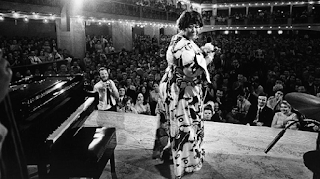 Alice Ayvazian received her Bachelor's Degree in Vocal Performance from Berklee College of Music, Boston, Massachusetts, a Master's in Educational Leadership from Saint Mary's University, San Antonio, Texas and a second Master's in Classical Performance & Pedagogy from the University of Nicosia, Cyprus. In the United States, she participated as lead and backing vocalist in numerous studio recording projects as well as various performances and concerts. Since returning to Cyprus, she has established her reputation as an active figure in the local jazz scene performing alongside some of the best musicians in Cyprus. She is the lead vocalist of the Steppin' Out Jazz Band, a member of the Cyprus Voice Center, and a sought-after clinician and vocal coach. She is also a frequent guest for the radio program JAZZ CAFE on Rik Classic (88.2) hosted by Akis Pharmakalides where various topics are discussed within the Jazz genre. She is currently the Jazz Voice at the Department of Music and Dance at the University of Nicosia (since 2009) and the Director of the University's Jazz Choir (since 2011).

Posted by Chrissie Sheppard at 09:03