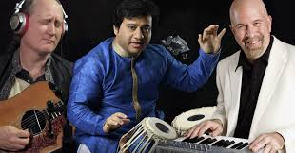 Streaming is the new big thing in music. But streaming payments to artists are absurdly low, and the switch from music ownership to ad supported streaming has greatly harmed artists' ability to create new work. Big tech and major labels with huge equity stakes in the streaming companies make money, but there is much work to be done so that payments to artists can be enough to actually support music creation. Consider joining the Artist Rights Alliance  (http://artistrightsalliance.com) to be part of the solution to sustainable streaming. I’m on the Executive Board of the A.R.A., and we are working hard in an uphill battle to get laws changed so musicians are more fairly compensated.

You can also support the artists you enjoy by purchasing their work and participating in efforts to raise money to fund their recordings. For example, my band Ancient Future has an ongoing fan funded project called the Archive of Future Ancient Recordings (http://www.ancient-future.com/afar.html) that you can support and receive brand new tracks before they are released.

But the problems with streaming go much deeper. People stream music in the background, so many folks have no idea who they are listening to, and the algorithms are set up to suggest artists that sound like the music that the listener is already listening to. In this environment, how are people to find out about new directions in music or music from other cultures?

Musical diversity is very important to Ancient Future, which is the first and longest running musical organization dedicated exclusively to the mission of creating world fusion music. I coined the term in 1978 to describe Ancient Future’s unusual blend of musical traditions from around the world. World fusion is not simply a genre: it is a process by which new traditions are created, and has been going on throughout history. But current times offer the opportunity for musicians to learn music from anywhere on earth, which presents an opportunity for musical advancement through cross-cultural collaboration. Over the years, Ancient Future has expanded its musical vision through collaborations with master musicians from more than two dozen countries, cultures, and musical traditions who are now an integral part of what is today more than just a band. Ancient Future has grown to become a large multinational music ensemble with many smaller ensembles within it.

You can help to support musical diversity by making and sharing your own playlists of Ancient Future (or any artist you love) with your favorite artists from different genres. This can help to expand people's awareness, rather than narrow it. Right now, due to heavily weighted major label playlists featuring Ancient Future with New Age artists popular in the 80's, Ancient Future is predominantly suggested by streaming services to fans of 80’s New Age music. This is very limiting for the world fusion music movement. Fans of New Age music have often enjoyed world fusion music, especially the slower tempo pieces. But this isn't helping the world fusion music movement to reach new listeners.

If the above link doesn't work, search for Ancient Future directly in Apple Music. Apple doesn't have an ad supported tier, so it pays the most per stream of the major streaming companies at 65/100 of a penny net to Ancient-Future.Com Records, but that's nowhere near a sustainable payment that can support the creation of new recordings. It's much better to buy the downloads while you still can. Apple does allow you to make and share playlists. Please make public playlists with diverse artists and share them.

How to Make an Apple Music Playlist: https://support.apple.com/en-us/HT207542

Spotify pays a lower streaming rate than Apple, but higher than YouTube. It is still extremely low, especially for the ad-supported tier, where a stream nets Ancient-Future.Com Records only 17/100 of a penny, while the subscription tier nets 36/100 of a penny. All users of Spotify can create playlists.

How to Make a Spotify Playlist: https://support.spotify.com/us/using_spotify/playlists/create-a-playlist/

Spotify playlists featuring Ancient Future with diverse artists can be found at: WorldFusionMusicRadio.Com.

Pandora pays less per stream than Spotify on its free radio format, but more than Spotify on its subscription tier. Ancient-Future.Com Records nets 8/100 of a cent per stream on Pandora radio playlists, and 41/100 of a cent for Pandora Premium. The free version of Pandora doesn't allow user playlist creation, but you can thumbs up and down tracks. The Ancient Future station on Pandora is populated almost exclusively with tracks by artists with no world music influences at all. Please thumbs down those selections. If you hear Ancient Future on any Pandora station, please thumb it up so that more people find out about world fusion music. If you are a Pandora Premium user, you can create playlists.

How to Make a Pandora Playlist:
https://help.pandora.com/s/article/Playlists-on-Premium-1519949304429?language=en_US

YouTube Music pays the lowest of all major music streaming services. For example, 1,708,584 streams of a track by Ancient Future on our own label on YouTube's ad supported service overseas netted Ancient Future only $101.16. That's less than 6/1000 of a cent per stream! Yes, thousandths of a cent! If this had not been on our own label, the artist share would have been even less. This is a travesty. Perhaps it is best to listen to YouTube Music with the sound off. Their subscription tier nets Ancient-Future.Com Records 65/100 of a cent, which is on par with Apple Music, but less than 0.02% of the reported streams in 2019 were in the subscription tier, so the higher rate is just a PR stunt at this point. YouTube Music is available in more countries than Spotify and all users of YouTube can create playlists, so for the time being we are encouraging the creation of YouTube playlists to share with users in countries where Spotify isn't available. Just remember to do your own listening on other services. 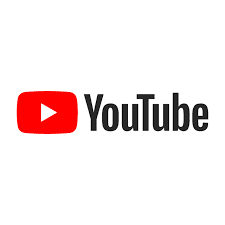 Posted by Chrissie Sheppard at 13:21