Music Was My First Love Part 2 by Steve Sheppard 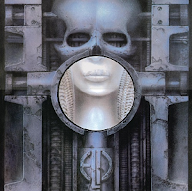 I have been thinking a lot lately about my musical past, my influences and then I saw a picture of an album on the internet that I just had to have, admittedly there was a lot of peer pressure from school colleagues, but I had to have it, and besides I knew my parents would hate it, so even more of an incentive then.

Emerson Lake and Palmer, although I didn’t know it at the time, would be the band that would eventually open the doorway into the new age music scene, bit of a stretch perhaps, but then listen to a song like, Take a Pebble from them, and you may get my meaning. Yes even at just 16 years old I was maturing fast, and I would even embrace classical music thanks to ELP; my father, I can tell you was elated, but fair play to him, because of Emerson, Lake and Palmer, he began to move to my musical playground as well, and was prepared to listen to bands like The Moody Blues and Focus.

Emerson, Lake and Palmer sadly no longer exist as a band, partially because all but Carl Palmer the drummer are no longer with us, they have passed into the music theatre of the next dimension, where ever that is, but as we have said many time before, the music lives on. For me this was a dangerous time, I had found a slight interest in girls; I say slight as most of them seemed to have no interest in me, however I did have a couple female companions and other than the obvious physical pursuit’s, they did introduce me to other styles of music I had not really considered.

So, here we go and this was a big step for me, a part time rocker, a part time pop music fan and now someone, who had found Soul Music and Reggae for the first time, with a little trepidation I visited a few night clubs where swathes of skin headed individuals with rather large boots roamed the dance floor, stomping around to songs like Double Barrel and Big Seven, grooving to Dandy Livingstone and Dennis Brown. 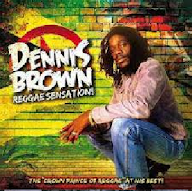 I was so confused, why did all these big knuckle dragging skinheads love Reggae but hate black people? So I was stupid enough to ask one of the louts and got an answer that still echoes around today but in a slightly different format perhaps. He said and I quote, using his bastardised version of English of course “I love their music mate, but can’t stand dem, day come over here trying to nick our (bleep) jobs, should go back to their own country mush”. 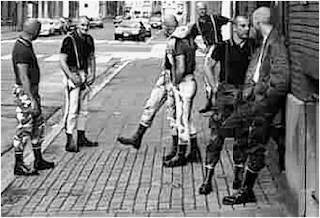 See what I mean, seems familiar to this day doesn’t it, but the damage was done, I loved Reggae music, I still do, and I had the trip of a lifetime some 30 years later to Jamaica, where it is always wall to wall music until around 2am every day mon, something I will never forget and the people in that country are absolutely cool and fun, and of course you have to end every sentence with the word…..mon.

I can though see why my parents were getting confused, my little turn table would play things like Ken Boothe and Everything I Own, Status Quo and Forty Five Hundred Times and then the Beatles and Freddie and the Dreamers, then back to the Holst Planet suite, they thought I was confused, I said I was developing an eclectic taste in music, something, as I have said before music was a very rare commodity in my house. So what of electronic music and the new age, well we will get into that little acorn in the next edition of music was my first love, thank you dear constant ready for spending a few moments of your valuable time on this rambling native through my musical youth, next time around I dip my toes into the realms of electronic geniuses like Vangelis and Isao Tomita and thus the story takes a whole new different pathway through the woods.

Posted by Chrissie Sheppard at 07:42