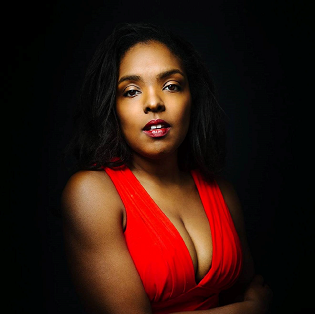 So, you have a new single or you have a new album, and now it is time to promote. One of the things that I have learned in the past eight years, you can’t expect your music to go very far, if you don’t promote it. Depending on how far you would like your music to go in the music industry, will depend on what type of budget you have and the time you put into marketing. For many years, musicians waited for their album to be complete, in order to begin the marketing process. However, now many artists will promote a single from the album, before the actual album is released. I believe that this is key to a successful marketing plan and album. If you are working off of an album, you should choose the best single from your album. This will set the tone for your marketing and will allow the audience to anticipate the release of your album. Most artists are searching for ways to be seen, heard, and to chart. One chart in particular, would be the Billboard Music Charts. To get on the Billboard Music Charts, you have to have a lot of sales and/or streams. The following are essential tools to use to market your music.

One of the key parts of releasing a single/album is to create a great press release. It doesn’t have to be too long, but something that gives a brief summary of you are and what the single is about. You can upload those press releases to www.pr.com, www.prlog.com, www.mi2nn.com, and www.newmusicweekly.com. Depending on where you live, I would send it to your local paper as well.

In order to be seen, heard and or chart, I would recommend that an artist release a video along with their single. It is key. A visual goes a long way when promoting a song. It doesn’t have to be a fancy video. It could be a lyric video. It could be a video with a great storyline or one where images or videos have been put together to create a story. I have done all three. But the most popular of the three, if you have the budget, is to create a video with a great storyline. I worked with JML Productions in Savannah Georgia, for my music video, “The Letting Go.” I achieved quite a lot of success with the video. It was another way to gain more fans. You also have to promote your music video. I would promote it on your social media sites and contacting sites that can do the promotion for you. You will have to do your research to find the best and most legitimate sites.

One of the ways I promoted my music in the past, was to create different types of imagery, a week before my single/album is sett to be released. For example, one of the photos would have the picture of the album and it would say “One Week”. For the rest of the week, I would post “3 days, 2 days to go”, etc. This fills your audience with anticipation of what is to come. Another good way to promote would be to set your single/album with a pre-order link. This allows you to achieve sales before the single/album is actually released, and can potentially lead to charting on the Billboard charts.

Once you have the preorder link for Itunes, you can post it on all of your social media sites; Facebook, Instagram, Twitter, Linkedin, Soundcloud, etc. I have used the Facebook in the past and it’s been quite useful for me. I have spoken to others and was told it didn’t work for them. It is really a toss of the coin. When using social media sites, make sure you create tags. Hashtags allows for many new people to find you. For example, if your genre is blues, I would use these hashtags: #blues #bluesmusic, #indieartist, #indie, etc.. I also used, the Indie Bible. This is a great resource for indie artists. It is close to two thousand pages. It shows which radio stations play independent music, what genres, radio promoters, sites where you can upload your videos, sites where you can upload your music, etc… It costs $49.99, but it is well worth it. They distribute a new edition every year.

Getting reviews for your music is essential. OWMR is one site that offers reviews, as well as, other great promotional services.  A lot of people love to read about music from someone that is well versed in the music industry. It can often give a different perspective on a single or an album.

Another way to your promote your single/album/video would be to enter it in songwriting contests, independent award shows, and film festivals. Some artists don’t like to enter any of these. But I believe that it is just another way to market your music. You never know who is listening. I have been asked to collaborate on many songs, because I entered my music in the award shows, songwriting contests, and festivals.

In the end, marketing your music will take a lot of work. But if this your passion, it will be well worth it.

Posted by Chrissie Sheppard at 06:35