To Stream or No To Stream?

Often times, I see artists posting on Facebook about purchasing their latest music. But the question that should be asked, is “who is buying music?”, “who is even paying attention?” Hardly anyone. It doesn’t seem like it anyway. Friends, family, acquaintances, refuse to even purchase a single for .99 cents. It’s truly sad. I tend to just announce that I have released new music and just see what happens. Unfortunately, all of this is the result of all of the streaming platforms.

Perhaps, it is different for mainstream artists. In September 2019, Taylor Swift had 867,000 sales for her latest album “Lover.” I do notice that if you are a mainstream artist, Grammy winner, or an indie artist with a ton of fans, people will more likely purchase the music.

I’ve been a fan of Steve Perry, former lead singer of Journey, for years. When it was announced that he would be coming out of retirement and releasing his first album after 25 years, my first thought was “I can’t wait to buy it.” Then I paused and said “wait a minute, I will be able to stream this on Apple Music or Spotify.” I ended up not purchasing the album. However, I listened to it several times on a streaming platform. I felt bad. But it was so easy and cheap.

I do on occasion purchase albums or singles, released by artist friends. I try to support my fellow artists the best that I can. I can at least purchase a single, this is not going to break the bank.

So, what are the pros and cons of using a streaming platform? Pro – You pay $10 a month and get an unlimited amount of music. Con – Artists are hardly making any money. In fact, artists are getting ripped off. Most of these streaming platforms are out for their own best interests. They don’t seem to think about the time and money that goes into creating music. Their main focus in to make money off of the backs of artists. 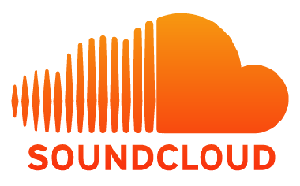 The next question is why should artists continue to use streaming platforms? It’s not like you are making any money. Even artists that get millions of streams, don’t break even. However, there seems to be some use for them. Streaming platforms allow artists the ability to chart on Billboard. Billboard considers sales and streams to place albums and singles on their charts. Now, Soundcloud Premier, if you are accepted, allows artists to make money off of their songs, and Billboard has recently stated that they would be considering streams from Soundcloud. I recently made .50 cents from my Soundcloud account. Lucky me.

Soundcloud, which was once on the chopping block, has created a promotional tool for a fee, to help artists. If, it weren’t for the charting aspect and budget, I don’t think I would be on streaming services. I know some artists that absolutely refuse to be on streaming platforms. They have to push ten times harder to make a sale. Unfortunately, one of them only sold one album. This is sad, but this is sometimes the result. If you decide not to use streaming platforms, do you have the budget to push to get sales from selling cds and merchandise? In the end, a lot of hustle is involved.

It seems like a win/lose situation. While the streaming services, allows for new fans and charting, it is detrimental to artists livelihood  what is also perceived as the value of their music. Hopefully, as we continue to fight for music rights, things will change in the future.

Posted by Chrissie Sheppard at 10:11