Music Was My First Love Part 3 by Steve Sheppard

My mother lived most of her life in fear and with a deep dread of change, anything outside of her personal world seemed to terrify her, a mind closed off through religion, and a limited world view, she was a caring loving lady, but her thoughts sometimes were bathed too deeply in Catholicism, and its ever growing desire to control people through guilt and a weakness of emotions.

I will never therefore forget the day when I was about 15, I had come across an album that had an amazing cover to it by a hippie band called Avatar, I guess it might even be close to what we call New Age now, and her words were to me on that day were something I have never forgotten, she held up this album, I can’t even remember what it was called, and she looked at the supposed pagan artwork and said with a total look of horror on her face. “Where did you get this, you know you have to be careful of this type of music” now that may seem innocuous to you dear reader, but to me, here was my mother vetting my musical tastes.

As you can imagine it made me want to investigate more, when at my first job a year later I came across a band called Barclay James Harvest, a recommendation from a work associate, it was a life changer, especially as the album Octoberon had almost the same styled cover, the banned one I had obtained the previous year, needless to say I presented it and played it endlessly, but I was deeply moved by its folk rock ethics and the lyrics spoke to me in ways that none had before. 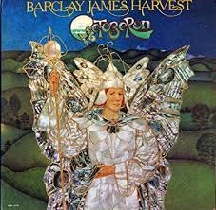 But I digress from the electronic pathways I was about to follow, this would harness a partnership with my father like never before, and create a commonality between us that would grow into a fabulous friendship that would last until his passing, for that I would have to thank another man who has also now passed over, in one Isao Tomita.

His music was unique, if you were to ask any electronic music artist around today, most of them hold up Tomita as a god of this genre, and the sounds melodies and compositional structures he created were beyond anything seemingly possible at that time, but what he did do, was to manifest a bridge from the electronic style to the banks of the river called classical music and in doing so, made them accessible to all. 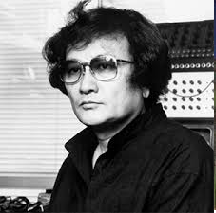 We use to have long conversations about his version of The Planet Suite (Holst) and Tomita’s renditions of the works of Debussy, but the one that drew us into a even closer bond, was a release called Kosmos, originally released on vinyl in 1978 and contained a musical interpretation of one of my father’s favourite books, Solaris written by Stanislaw Lem in 1961.

Yes I remember many a conversation with my father at the river bank at the age of just 21, life the universe, the music of Tomita and then, oh yes, then there was Vangelis. It seems strange now when I think about it, he literally crossed so many bridges and explored so much new music, music which must have appeared alien to him at first, but apparently not impinging on his religious beliefs, Vangelis was one of the artists that inspired my love of electronic music still to this day, and albums like Albedo 0.39 are still fondly thought of like memories of green.

However soon after I left home, I got married and would eventually start a family, but before then I had another direction to take, one that would lead me down a path much closer to my mother’s fears of me dancing with the devil (I had that single by Cozy Powell as well) and losing my soul to the dark lord, having said that I would in the next few months become a big Ozzy Osbourne fan, so I guess she was partly right!

But in the next issue things, I’m going to tell you about a time in my life, where things would get a lot noisier and a lot angrier, I would experience something my father never had to, but through that darkness I would find the masters of heavy rock and metal, the British invasion was coming and because of it I would find two pieces of music, one of which I hold responsible for saving my sanity and the other my life!

Posted by Chrissie Sheppard at 09:31