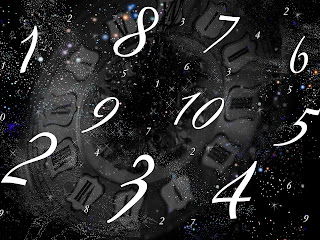 Numerology – the study of numbers – is an ancient science. There are no records of when and how it came into being but we can be fairly confident that numbers have probably been studied by just about every civilization since the beginning of time.

On one hand there is the purely logical and linear mathematical calculation – the adding and subtracting as in schoolroom sums. On the other hand there is a more esoteric element to numbers, that side of the study that describes time and space and the very essence of nature itself.

Essentially, Numerology is based on the principle that numbers correspond to particular forces in Nature. Each number, it is believed, emits an energy, a vibration that resonates differently to every other number, each one producing a particular numerical magnetism. It is this innate vibration that works on all matter, setting up patterns of co-relationships, of cause and effect. By understanding these patterns we, too, can get a glimpse of how to crack the code.

Thus times and dates, being number calculations, all hold an esoteric significance which not only have an integral meaning of their own but also interconnect and correspond to times, events, people and places in the present, in the past and in the future too. In just the same way by giving letters of the alphabet a numerical equivalent, it is possible to convert any name into a number which then gives us an understanding of the character, meaning and significance.

Therefore, by using Numerology our names, our dates of birth, even the number of the house in which we live will reveal a new meaning, a new understanding of the forces of nature which permeate and govern our lives.

The fundamental principle behind Numerology is that every number contains a unique vibrational influence that has a direct effect on matter and on all living things.

With a little knowledge of the principles behind Numerology, you will be able to get a good idea of how numbers influence your life and how you are governed by the numerical circle that is the fundamental core of existence. And by understanding that, you will be able to turn to your advantage those numbers that are favourable to you. It all begins with Your date of birth.

Posted by Chrissie Sheppard at 16:14