One of the most difficult categories in the OWMR Awards must be World Music... how do you , for example, compare big band jazz from China, acoustic guitar from Brazil and folk music from Russia? So, whilst trying not to influence the judge’s votes! … In (roughly) alphabetical order here are this year’s nominees:

AKA Trio; “Joy”:     AKA Trio is a meeting of three great musicians.  Italian guitarist and composer Antonio Forcione has been travelling the world for over two decades, releasing twenty albums and collaborating with many major artists along the way. Seckou Keita from Senegal is one of the world’s best known kora players. He’s worked with many different artists including his albums with Welsh harpist Catrin Finch and Cuban pianist Omar Sosa. Brazilian percussionist Adriano Adewale has also collaborated with a big variety of artists. Together they have created a wonderful world fusion album full of incredible music. 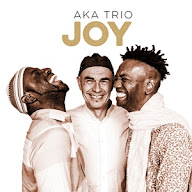 Ciro Hurtado: “Altiplano”:  Ciro Hurtado is a musician from Peru, his main instrument is guitar. He has lived in the United States since he was 20, developing a new world-fusion musical blend that uses elements of native Peruvian music with a variety of styles from other Latin cultures as well as the United States and other countries. He says “My music is a reflection of the many people, cultures and musical styles that have touched my life.” Altiplano is a fine album full of Latin fire and brilliance. 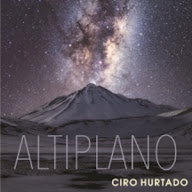 Graeme Drum: “Eclectic X”: Eclectic X is a new and extended version of the original Eclectic album (a fusion of World Beat music with Egyptian Percussion) with 4 new tracks / collaborations. In 2018 Graeme said “Eclectic couldn’t come at a better time. World music is needed more than ever to help bridge the gaps between different cultures of the world” and in troubled times that still rings true. The four new tracks have made what was an excellent world fusion album into a truly great one. 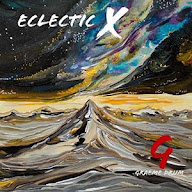 Hanggai: “Big Band Brass”: Hanggai have long been a very successful group in China (and beyond) but were looking to try something new. Their latest album "Big Band Brass", featuring an American Jazz / Rock band is the answer. It is a mind-blowing cooperation - the first of its kind attempted in China.  Taking some of their favourite songs from their previous albums they rearranged them with help from a Chinese symphony music composer who wrote the Jazz / Rock score. The resulting album is an extraordinary mix of cultures and a worthy candidate for the award. I love it! 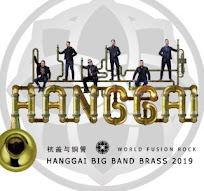 Invisible System: “Dance to the Full Moon”:   Dance to the Full Moon is the latest Mali & UK collaboration from the imagination of producer Dan Harper (Invisible System). Combining the traditional with the modern, forging new styles in ethnomusicology. Recorded in Bamako, Mali, alongside the best local musicians and griots- the traditional storytellers of West Africa- Dan’s production continues to take Malian music into new territory. An exciting blend of West African and Western music. 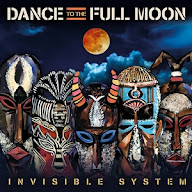 Olcay Bayir: Ruya - Dream for Anatolia: Olcay Bayır´s music is a natural marriage of her Anatolian heritage and the vibrant, eclectic sounds of London, which she now calls home. It showcases Olcay’s own compositions for the first time. “Rüya”, the title track, means ‘dream’ and speaks of Olcay’s dream for a better world. The track “Yar Dedi” became relatively well known in her native Turkey even ahead of the album release. The album showcases Olcay’s own compositions for the first time and (to me anyway) has a “Kate Bush” feel to the vocals and music… all in all rather lovely. 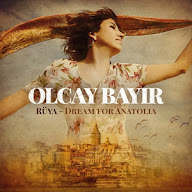 Otava Yo: Do You Love: Folk Music from Russia that has surprised everyone who has heard it! Otava Yo are a six-piece collective from St Petersburg with a sense of humour and the ability to turn traditional folk songs into dancefloor classics!  An upbeat, positive and exciting album , throw away those preconceptions of “what Russian music sounds like” – this is a wonderful album that has been picked up and played on many shows on OWMR .. Do yourself a favour and take a listen to this album if you can. 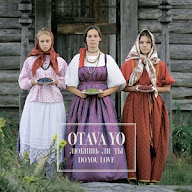 Romano Drom: Give Me Wine: This album marks the twentieth anniversary of the legendary guardians of Olah gipsy music, Romano Drom. A national treasure in their Hungarian homeland, this excellent new album sees the five-piece band continue to revive the musical traditions of their forebears in new and unexpected ways. The album connects traditional Roma music to its modern urban variety, featuring a string quartet as well as Arabic, Balkan, Catalan and flamenco touches. The album’s 11 songs cover dancing, drinking and misfortune and make up for a very enjoyable album. 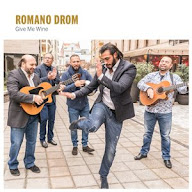 Tri Nguyen: The Art of the Vietnamese Zither:  Tri Nguyen is a master of the Vietnamese zither, the dan-tranh. With consummate skill and ability Tri shows us the beauty and versatility of the dan-tranh using ancient techniques and teachings from the different regions of the country, while occasionally incorporating other instruments from Vietnam and around the world. This is an excellent introduction to Tri’s wonderful music and is a compilation of favourite tracks from many of his earlier albums.  A beautiful and evocative album, look out too for his brand new album “Winds of home”, very highly recommended. 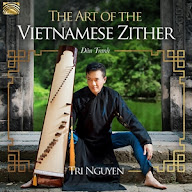 Vito Meirelles: Da Hora:  Vitto Meirelles is a vocalist, composer, and guitarist from Brazil and now based in Paris. His gentle voice is reminiscent of Celso Fonseca, his guitar work is skillful and clever. Meirelles also plays bass, keyboards and cello, bringing samba and Bossa nova etc into the music. He’s joined by various percussionists on the album and overall the album has that pleasing laid back Brazil sound while taking the music to new and gentler territories… great laid back evening listening! 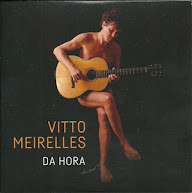 So there you are - 10 wildly different albums in the one category and all excellent in their own way.. who would be a judge? It will be really interesting to see who gets the award later this year!

Posted by Chrissie Sheppard at 10:12