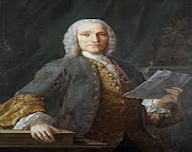 “Hello Music Lovers!!”  and welcome to the 3rd  Edition of Kerry’s Corner – where I delve into the lives and works of our Great Composers!

Domenico Scarlatti was a brilliant Italian composer from the Baroque Period, which was roughly from 1600 to 1750.

His father Allesandro was also a composer, but never really reached the same dizzy heights as his son.  Nevertheless, Domenico started his musical training with dad, and by the age of 16 secured an appointment as organist in an Italian chapel. Yay dad!!

This was all tickety-boo for a while, but very gradually his father pushed him into the ‘greater things to come’ zone which led to travelling north in the Florence direction. Allesandro said of him “he is a young eagle whose wings are now fully grown!”

Age 32, Domenico went on to base himself in Rome, and it was here that he met one of his contemporary’s Frideric Handel!! ….and…..even held a musical post within the VATICAN!!

Fully immersed in the travelling bug he made his way to Portugal, and until 1728 worked for a Portuguese King by teaching his daughter Maria Barbara. Domenico fell in love with her but tragically the feeling wasn’t mutual. (poor bloke followed her all around Europe as well!!) However, he remained in her service for the rest of his life ……. And it was for her that he composed all of his 550 virtuoso harpsichord sonatas!!!! (albeit in a more ‘abridged’ form than the classical sonata we know today)

On the right - Scarlatti directing a Baroque group from his Harpsichord …..(better known as ‘the jangle box’) 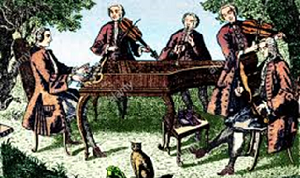 To my ears anyway, the greatest exponent of virtuoso harpsichord playing has to be the English keyboardist Virginia Black, former Professor at the Royal Academy of Music in London.

(incidentally, she has changed her instrument to the piano……I don’t blame her as it must be a hard slog lugging a harpsichord around in a Volvo estate!) much easier just to walk in the general direction of a piano with your manuscripts!! 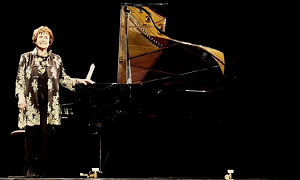 Grieg was born into a musical family, his mum was a very good pianist and she encouraged him to appreciate the music of Mozart and Chopin. 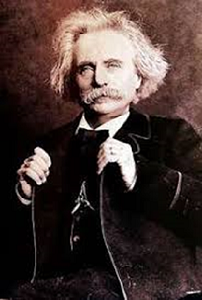 Edvard’s music can be described as ‘warm’ with natural melodies borrowed from the Folk Music of his native land of Norway. As a fledgling ‘Nationalist’ he set up a ‘composing hut’ in the mountains, (I gotta get me one of those) and let the scenic beauty of the Fjords wash over his music. Once, he even said “I’m sure my music has a taste of CODFISH in it!!” 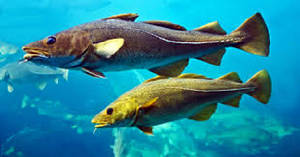 At music college he studied piano with the great teacher Ignaz Moscheles who was also a fantastic concert pianist. He encouraged Grieg to listen to Schuman’s piano writings, and once saw Clara, his wife, perform her husband’s piano concerto in A minor. This particular event went on to influence Grieg’s own piano concerto in the same key.

Above, score of the opening introduction of Greig’s Piano Concerto in A minor.

Song Form was very much a part of Grieg’s repertoire, he composed 140 songs to be exact!! ….and his wife performed them all! The lady in question was actually his cousin, Nina Hagerup. As a couple, sadly they experienced tragedy when their only child died. They were of course devastated. Grieg coped with this loss by throwing himself into composition and took his nationalism to another level. 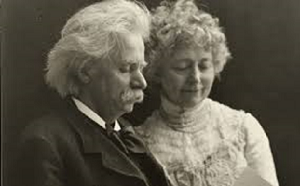 In 1868 Grieg discovered a Volume of Norwegian Folk Songs, and these ‘mountain melodies’ as he called them, had a great influence on the writing of his only piano concerto ……..you know ……..the one from the Morecambe & Wise show with Andre Previn!!  Incidentally, when Grieg bumped into Franz Liszt in Italy one time, the latter played through this concerto (1869) at sight would you believe!!!!! ……after all – Liszt was one of the greatest virtuoso pianists of all time. He also encouraged Grieg to founder a Music Academy in the Norwegian capital Oslo.

In 1874 the great Norwegian playwright Henrik Ibsen approached Grieg to compose some incidental music for his play “Peer Gynt”. This meeting fired up Edvard’s creative imagination and ended up including the beautiful piece we all know and love “Morning” with it’s soaring crescendo’s and spine tingling melodies, also gracing many a TV advert!! 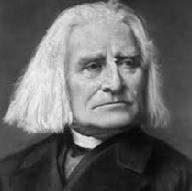 By 1900 Grieg had developed a nasty lung disease and passed away just before a trip to England. He rests in peace at Troldhaugan overlooking the fjords.

How fitting and beautiful.

Posted by Chrissie Sheppard at 10:07