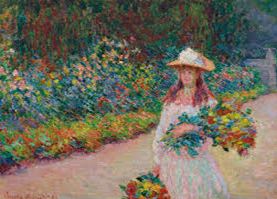 “Hello Music Lovers!” and welcome to the 5th Edition of ‘Kerry’s Corner’, where I delve into the lives and works of the Great Composers!!

This period saw the gradual moving away from the tyranny of traditional tonality, which had lasted for 400 years!!

The leading pioneer of this ‘music of the future’ was the Frenchman Claude Debussy, with his fluid structures, tiny motifs and colouristic instrumental effects and likened to the impressionistic techniques in paintings from this time (eg Monet)

This music in a ‘New Framework’ sounds like it’s not in a set key signature, but rather a gravitational centre that’s constantly shifting – the result of CHROMATIC HARMONY. 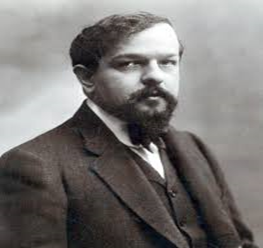 The French composer Claude Debussy born in 1862, was the man who broke the German monopoly, and revitalised French music with his subtle art. He opened up a new sound world for the 20th century ……..the music of IMAGINATION.

He entered the Paris Conservatoire aged just 10 and unnerved the alumni with his experimental harmonies, but despite this, he won the coveted “Prix de Rome” in 1884 with his Cantata “The Infant Prodigy” (rather like him).

Debussy knew that his own music needed to be flexible and adaptable to acommadate his fantasies and dreams and that was his template from the get go.

His piano writing inparticular was based around “The Whole Tone Scale” which gave his music a feeling of not being centered and not having a fixed key. His early piano works using this device included the 2 Arabesques and Petite Suite, and he also loved oriental art, which flavoured his unique sound.

“Clair de Lune”, his most famous piano piece ever, was written as a result of a dream world peopled by Harlequins and Columbines playing mandolins and dancing the Sarabandes!! (wow-wish I had dreams like that!!)

Moving on, along came an operatic project where Debussy used the art of ‘silence’ as one of his musical devices. His wallet was also a bit silent, and never really saw a return from his composing which ultimately led to separation from his wife Gaby.

1905 was the year that the beautiful symphonic seascape ‘La Mer’ came into being and he very successfully played around with mosaics of melody, delicate scoring and instrumentations which reflected light and water.

More piano repertoire followed, most notably ‘Images’, ‘Children’s Corner Suite’ and some ‘Preludes’. ( I always loved to play the ‘Golliwog’s Cake Walk’) from this body of work which was much harder than the score looked!!

Sadly, by 1941, Debussy was gravely ill with colon cancer, yet he carried on writing till the very end.

I leave you to ponder over his Arabesque NO.1 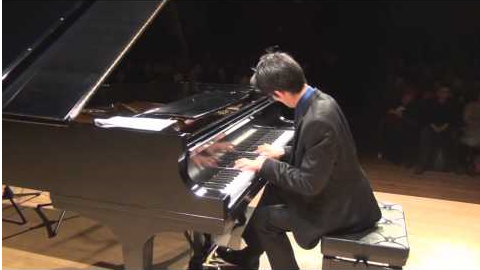 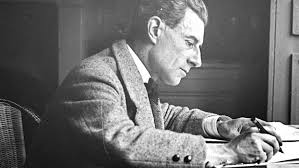 Son of an engineer, Ravel, showed early promise as a pianist and entered the Paris Conservatoire aged just 14. He studied composition there with Faure’ and was a big fan of a certain instrument called the Javanese Gamelan. Russian music and the works of Wagner influenced him greatly too.

In 1899, Ravel (a man of tiny stature and elegant clothes) composed one of my favourite piano pieces “Pavan for a dead Infant” which is a heart wrenching thing to listen to (I have a recording of the British pianist Kathryn Stott playing it so beautifully). His “Jeux d’eau” for piano is regarded as one of the most demanding works in the repertoire, and dated 1908.

I wouldn’t even attempt to play his Piano Concerto in G major, maybe a few bars of the 2nd movement perhaps (and on a good day!), it’s slow waltz form has one of the most beautiful melodies on record and would definitely be on my bucket list to play it with an orchestra!! …….dream on Kerry, dream on.

Have a quick listen here: https://www.youtube.com/watch?v=GW1fUWq6vmE 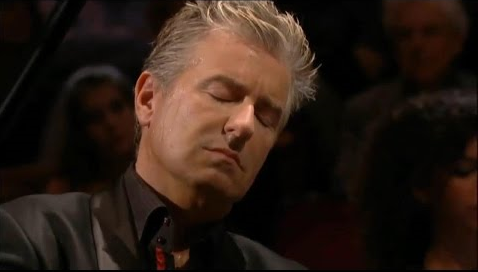 I cannot believe that five times in a row, Ravel never won the Prix de Rome ……how is that even possible???

By now he was a member of a circle of poets, musicians, critics and painters whom I’m sure would have influenced his music greatly, and had already flavoured his evocative and most famous work of all time….”BOLERO”  and to which Torvill and Dean remain forever grateful!!!!! ……one of those images that stay with you forever, just like Susan Boyle’s BGT audition ……ooh, gives me chills.

Changing the subject completely, Ravel was deemed ‘too small’ to fight in WW1, anyway, his hands should have been fiercely protected. One man who’s right hand was lost to WW1, was the pianist Paul Wittgenstein, and Ravel actually wrote a ‘left handed’ piano concerto just for him!!

Ravel’s later years were tragic, consumed by Pick’s Disease, and eventually dying from brain damage caused by a car crash. 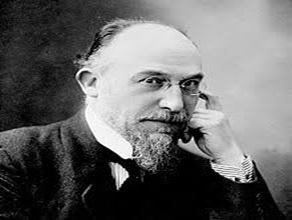 Erik Satie, a recluse, and a heavy drinker, kept himself to himself, shut up in a room and just knocking out piano piece after piano piece. What a lonely life he must have lived.

Minimalism was his genre, and every piece a gem.

His most famous melody belonged to the first GYMNOPEDIE, used on TV countless number of times (and incidentally lends itself beautifully to orchestration, watch the YT video below)

Satie was a contemporary of Ravel and Debussy and an Avant Garde pioneer. His music was full of satire and eccentricity with a whimsical style.

He attended the Paris Conservatoire but with little success (I can’t believe that either!!)

Second in the line of fame were the Gnossiennes’  piano set which I particularly love and used a lot in my old teaching days.

Unbelievably, Satie earned only a meagre income by playing in bars and for cabaret, and secretively became involved in the occult sector.

He met Debussy in 1890 and remained friends for 25 years!!  A love affair with the painter Valadon must have been a bit trying in a small bare room though, with all that avantgardidness fizzing away!! (I made that word up by the way)

I’ve never heard music for typewriter but Satie certainly wrote some!! ……and for whistles and sirens, which caused a scandal at the time, reminds me somewhat of John Cage and his ‘prepared’ pianos complete with nuts and bolts!!.....not to mention his ‘silence’ for 4 minutes where the audience noise becomes the sound track……I need to write some tracks like that, would be less time consuming if nothing else!!

As the final phrase then, Erik Satie died of liver disease in 1925 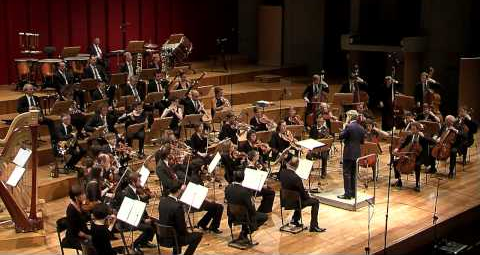 https://www.youtube.com/watch?v=9NDyhOCetQg
Video above is the orchestrated version of Gymnopedie No.3 plus other delights!!
Posted by Chrissie Sheppard at 12:11