Songs Here And There by Swagata “Ban” Banerjee 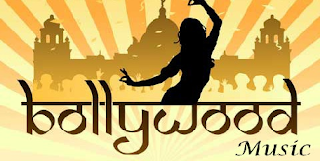 If you think a song is a song is (just) a song to you, then maybe the following paragraphs would mean nothing to you, but if you are serious about songcraft, and wish to expand your knowledge about “world music” as we know it today, specifically Indian music, then this might be helpful.

At its core, Indian ‘pop’ music is largely centered around movies – or one could even say, Indian movies are centered around music! It is like music is the one thick, solid skeleton that movie directors and producers look for as safe haven to put all their resources and efforts in. In the broad scheme of things, such as in UK or USA, these are called “musicals.” In India, they are generally categorized as “commercial” movies with the idea that they are supposed to be money-makers, as against “art” movies, that is, movies that care more for the art that “cinema” is meant to be and do not depend on songs to be at their core. This is why music composers, called “music directors” in India, are so important in the creation of such (so-called “commercial”) movies. Along with song melodies, the music director (often with the help of one or more arrangers) is usually also responsible for the movie’s background music score. Quite interestingly, Bollywood churns out about double the number of movies than its American counterpart Hollywood does per year.

Let us now turn to a discussion on song structure and how they differ between these two ‘opposites’ of the globe. While a casual, unassuming, perhaps uninformed, listener may effortlessly find an Indian ‘pop’ song rhythmically, sonically, and in terms of general appeal, a world different from a Western song, I want to point out one stark difference that I had to quickly adapt to while switching between my songwriting in an Indian language to writing in English. It is that a typical Western song would most of the time start with a verse and often use a structure such as Verse-Chorus-Verse-Chorus-(Bridge)-Chorus, its Indian counterpart would typically begin with Chorus (“Sthai”) followed by two Verses (“Antara”) and Repeat Choruses, and sometimes, but not too often, a Bridge (“Sanchari”) would come in between the last two sections of the song.

If you dig deep, you will also see that while choruses are repeated in both musical styles, Indian songs tend to repeat the first half of each verse as well. You may also notice the use of the 6/8 time signature to be way too common in Indian music – both modern/pop and folk (it’s like their go-to time), like 4/4 is for Western music.

Next time you watch an Indian movie or listen to an Indian song, you are welcome to notice the above differences. For space consideration, I will talk more on these and the differential impacts they may cause in a listener in my future articles.

From a much broader point of view, I would be amiss if I didn’t bring up one very important distinction in music at its very root. Indian classical music is based on ragas (the word “raga” has its root in Sanskrit meaning “color” or  “passion”), which use unique scales that contain one or more different notes in their ascent versus descent. Britannica lists Raga as a musical genre, and rightly so, as it forms the core of Indian/Eastern classical music. There are hundreds of ragas in modern usage and theoretically thousands that are possible. No wonder, so many Indian pop songs base their melodies on these ragas. [Read more on ragas here: https://www.britannica.com/art/raga] The closest parallel to this in Western music is perhaps the seven modes: Ionian, Dorian, Phrygian, Lydian, Mixolydian, Aeolian, and Locrian. [Read more on modes in music theory here: http://musictheoryfundamentals.com/MusicTheory/modes.php]

All of the above may sound like nitty-gritty details that most non-songwriters never care about or need to, but what everybody does care about universally is if the song moves them, if what they hear is something that makes them want to hum or sing along to, or if it is something they want to hear again (on the radio or live or in any other form). Regardless of language, genre, or point of origin, anybody can enjoy any type of music without knowing any of the above theoretical facts. Happy listening!

Posted by Chrissie Sheppard at 08:07