As promised in my last article, I will start by talking about how starting a song with the chorus (as in most Indian songs) is different from placing the chorus after a verse or two (as in most Western songs). The difference is of course in the intended emotional impact it creates in the listener. A chorus, by definition, is meant to deliver the main message of a song – the punchline, the payoff, the core idea. In that sense, the Indian songwriter is cutting to the chase! His/her Western counterpart is dragging it to the point where the listener is dying to hear what is going to happen in the main, the big picture stuff that he/she will remember beyond the playtime of the song!

They say you’ve got to grab the listener’s attention right off the bat. In a fast-paced world, people’s attention span has become increasingly smaller. From that angle, it makes sense to give away the big picture to start with. But not so fast! You will normally see a build up to the chorus (“sthai”) in an Indian song with a prelude music, which is more often longer than in a Western song. Lyrically, when you hear the chorus upfront, your ears get attuned to the central gist; then you are ready to absorb the details (in the following verses or “antaras”). To use dining terminology, you get to taste the main course without further ado. As an example, please take a listen to one of our (Ban Brothers’) popular songs “Chupi Chupi” (meaning “Silently”) from the award-winning album “All About Love: Music From The Heart”:
https://open.spotify.com/track/7J0MzcQjWEpl2lvVdLXgr3 [#BanBrothers; #AllAboutLoveMusic]. And if you are interested in knowing the words, originally written in Bengali, the English translation is available on YouTube: https://www.youtube.com/watch?v=VjMO9u5d6fw. 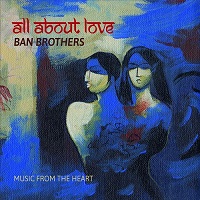 The approach in a Western song is quite like appetizer first – as in a verse or two – before the main course, the chorus. Words in the verses are preparatory to what the heart of the message in a song is going to be. With this approach, the listener’s cognitive ability is tested a bit, true, and hence the importance of good “storytelling” on the songwriter’s part; but gliding with the pre-chorus, by the time the pickup to the chorus gets in, you are ready for a big ‘reward’ in the chorus. 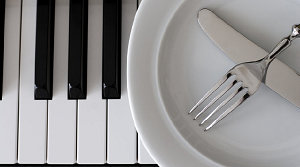 This does not mean the starting words to a song, albeit in the first verse, should be anything but worth paying attention to. In fact, often times the first line or two of many English songs in modern genres are so catchy, the writers/producers/artists decide to repeat them in the outro (as a tag line). Keep your eyes and ears open for examples for these, and you are sure to find them.

Most songs in English like to establish a storyline of sorts before giving you the ‘cream of the crop’! However, there are indeed plenty of songs in the English language that start with the chorus. If you are curious, you will find a list of those here: https://www.songfacts.com/category/songs-that-start-with-the-chorus. After going through those, maybe we can have more discussion on this, if you would like.

Regardless of the language or culture you are rooted in, if your song has lyrics, you are more likely than not to have encountered what is often known as the “second verse syndrome” or the “second verse curse.” Depending on the length of the message to impart, this could in fact be the “third verse,” but essentially it is the section that goes before the second chorus. Admittedly, I have way too many songs of my own that are incomplete due to this ‘curse’ – waiting for inspiration or deeper thought, needing me to revisit the heart of the matter that made me start writing them in the first place. I know the ‘curse’ can be broken, because I know songwriting is a craft, and one could learn it. Like solving a Lego puzzle, one can solve it. The only difference is, unlike a regular Lego puzzle, there are probably infinite number of ways to put together the missing pieces of an unfinished song, with no unique way to solve it! I think that is what makes songwriting an art as well! And the satisfaction derived from its creation is simply incalculable!

Robin Frederick, songwriter/producer and author of “Shortcuts to Hit Songwriting” and “Shortcuts to Songwriting for Film & TV” beautifully lays down the issue and offers some possible solutions in actions such as interviewing yourself by asking different and perhaps deeper questions than you asked while writing the first verse and chorus, relaxing the rhyme scheme by using near-rhymes instead of perfect rhymes, and looking for creative solutions such as analyzing other songwriters’ works and rewriting clichés (the latter goes for melodies too) [https://mysongcoach.com/what-are-you-really-writing-about/]. While at this link in brackets, scroll down to the section “Second Verse Syndrome” and pay attention to the embedded links – they are helpful.

To complete my food analogy, can I equate a song bridge to a dessert on the menu? Maybe, or maybe not – it depends! But this subject in itself is so vast and sort of complex, it deserves a separate discussion of its own. Let’s pick up a chit-chat on this last course of our “three-course song menu” in detail next time!

Posted by Chrissie Sheppard at 09:50