The Art of Scat Singing by Alice Ayvazian 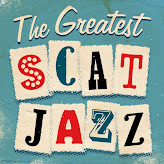 Scat singing can be defined as a way for a Jazz singer to musically express him/herself with the use of nonsensical syllables while improvising. The singer departs from the melody of the song and creates a new melody while imitating a horn player within the rhythm section i.e. saxophone, trumpet etc. In the words of singer and educator Bob Stoloff, scat singing is ‘the vocalization of sounds and syllables that are musical but have no literal translation’. 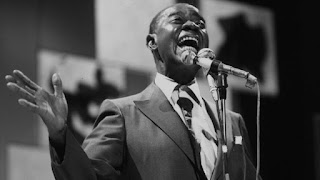 Legend has it that the great trumpeter Louis Armstrong forgot the lyrics during a 1926 recording of the song Heebie Jeebies, and started imitating his instrument using distinct syllables combined with his unique sense of rhythmic and melodic improvisation. This event gave popularity to this style of singing which was later emulated and evolved through other musicians. Within this context, it can be considered as a plausible story since the 20s recordings were still a fairly primitive process. Mistakes were to be avoided in order not to upset producers or waste studio time through repeated errors. The concept of scat singing existed prior to this event though, and was featured in older recordings by the likes of Don Redman, Al Jolson, Gene Rodemich and Cliff Edwards.

Therefore, more singers and instrumentalists took more liberty for expression purposes and scat singing became an important ideology of exploring the melodic world of improvisation. In the words of Michele Hendricks, jazz singer and professor at the American School of Modern Music in Paris, “When I teach scat to my students, the first thing I tell them is to work on harmony and chords, as with any instrument. Then we can develop his sense of rhythm, his phrasing, and his attitude".

Some of the most famous Jazz singers who used scat singing within their recordings and performances were Ella Fitzgerald, Sarah Vaughan, Louis Armstrong, Carmen McRae, Mel Tormé, Al Jarreau, Betty Carter, Jon Hendricks and many others. Cab Calloway, for example, liked to use dynamic, dancing syllables such as Zahz-Zooh-Zahz or Dooh Bee Dee Gooee Dee, while Sarah Vaughan preferred more sensual sounds, such as Shah Bah Dooee Behoo Dooh Wee. Betty Carter was inclined to use sounds like Looee-Ooee-Lah-Lah-Lah while Ella Fitzgerald’s improvisation mimiced the sounds of swing-era big bands with which she performed, especially at the start of her career. 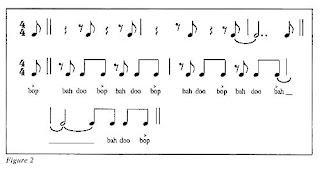 There were Jazz singers who avoided scat singing within their careers, such as Frank Sinatra, Billie Holiday and Dinah Washington.

Like in the other forms of vocal improvisation, in order to scat a singer has to know the melody and chord progressions of a song very accurately. The scat solo has to match these chords progressions, just as an instrumental solo would. Nevertheless, scat singing is not just a technical or theoretical action. The singer must still be able to convey emotions; they must tell the story, just without relying on words. Each artist through time develops his or her own scat style. 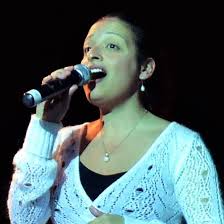 Posted by Chrissie Sheppard at 12:49