In Review 4 by Steve Sheppard 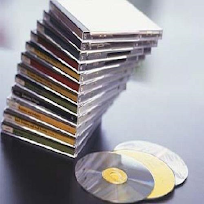 January actually got off to a sluggish start musically, with many artists still in creating mode after a long winter break. However singles now seem to be the in vogue item and I am so glad that One World Music Radio has the singles chart, as it is a real easy way to catch up with what’s hot or not.

Let’s start with Canadian outfit 510 Jazz  they have been on fire lately, and have managed recently to do what not many if any other Jazz artists have done, that’s cross  there genre with a little light rap, not sure if I was going to like this, but Three Little Words (feat. Maya Victoria, Matt Blaque & D-Varg) is truly addictive, and should do well with the listeners; proving it’s always good to be different.

Where would another new year be without an Anaya release, but let’s be serious folks, Secrets, her latest offering is quite breath taking, and easily her best ever album thus far, it’s well worth paying attention to my two favourites compositions whilst working through the album, The Cathedral and Cosmic Path, both are utterly descriptive and beautifully artistic endeavours.

Back to the wonderful world of singles and you will find a new offering from UK duo Andrew Stables and Nick Magnus, they have just given Riversong to the world, this arrangement is like a film score, trust me, this is one of those singles that when you press play, you will be left open mouthed at its conclusion, this fine instrumental work crosses many genres on its musical route including Celtic, in its colourful three minutes and 56 seconds and is one of the best released this year with ease.

So sad news came our way a few weeks ago with the death of Michael Allison, his last album hit the airwaves and literally just after its release the artist passed away after a critical illness. Michael was known to many fans as Darshan Ambient and I still play many times a year his 2000 album Autumn Light, Michael your brand of new age ambient music will be missed, but what a wonderful album to leave us with in, A Day Like Any Other.

Now I noticed the singles chart revealed an usual occurrence last month with Cadence Spalding replacing, Cadence Spalding at the top, as far as I know that has never been done before, and if things work out how its looks like they may, she may even achieve a further record with three consecutive number 1s three months in a row, but I will have to update you about that in the next issue, her charming and quite vibrant offerings My Heart Forever and Before You Go, have really captured a huge fan base and a lot of love, I described what I heard by saying her style was like Enya, only warmer, and I further predict huge things for the artist as 2020 continues.

So let’s wrap up this edition of In Review with a few honourable mentions, Andy Rogers stepped up to the mark and released the quite brilliant Where the Land Meets the Sea on MG Music and in my view is an improvement on The debut genius of the White Piano, already Rogers style and compositions are maturing nicely and the future looks glowing for the artist.

Pianist Annie Locke may have started a trend with her latest release entitled Anthem for a Better World (Berlin Concert version). Her new offering is a solo piano composition packed with positivity and an energy of oneness, and in my view that message is exactly what we want for the planet right now, so if you do find yourself buying it, and you should do, then leave a review, post on social media, but don’t forget that all important hashtag #Anthem For A Better World, you know it’s true, let’s make this go viral.

Posted by Chrissie Sheppard at 10:23