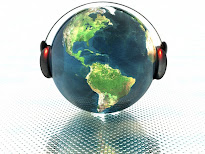 The genre of “World Music” covers so many different types of music , from classic sounds from Cuba and China to exciting modern sounds such as Desert Blues from Africa and K Pop from Korea.  Every year Songlines Magazine chooses award winners for world music across all the genres and different parts of the word. Here are just two of my favourites ..

Seckou Keita and Catrin Finch are big favourites of mine and listeners to One World One Voice! Their debut album “Clychau Dibon” won various awards in 2014 and Seckou Keita was nominated for his collaboration with the Cuban pianist Omar Sosa last year. In 2019 harpist Catrin Finch (Wales) and kora player Seckou Keita (Senegal) are the winners of the Fusion award from Songlines magazine for their album SOAR. 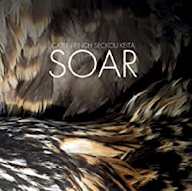 It’s a fantastic album that more than matches its predecessor.. It tells the story of the osprey, a bird of prey that spends the winter in West Africa but has recently begun migrating to Wales and is now  breeding there for the first time in hundreds of years. This is a wonderful album, a true favourite of mine, one that gets played a lot and is loved by our listeners.

Catrin’s Harp and Seckou’s Kora work together beautifully. From start to end the album is magnificent. In particular I recommend the tracks “Teranga Bah” and “1677” as being exceptionally beautiful. Throughout the album they show their virtuosity as they appear to push each other to new musical heights.. I’ve been lucky enough to see Seckou Keita and Catrin Finch performing live on two occasions. They are never less than spellbinding and the rapport and mutual respect between them is clear to see.

Truly, this is a remarkable album and they are well-deserved winners of the “Fusion” award in this year’s Songlines awards. If you haven’t heard this album yet then do yourself a favour and have a listen!

Mariza was born in Portuguese Mozambique, her family moving to Lisbon (Portugal) when she was three years old. She began singing in a wide variety of musical styles, including gospel, soul and jazz. Her father encouraged her to adopt Fado, the traditional song style of Portugal .

She was an immediate success and to date she has sold over 1.000,000 albums round the world. She won the “Songlines” Best Artist award in 2016 and is a winner again this year with best album in the Europe category. I’ve been playing her music on the show now for a few years and it’s great to see that she continues to win acclaim for her amazing singing. 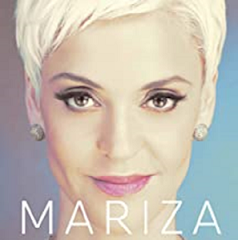 Her 2015 album “Mundo” was not universally loved by “Fado” aficionados who claimed she had sold out and gone too much for a pop crossover sound (though personally I loved it!). Her latest album, simply called “Mariza” shows a return to a more traditional Fado sound , albeit slightly sweetened! The album is beautifully produced , you can hear every note on the guitars, Mariza’s singing is, as you would expect, flawless and the choice of songs is excellent from romantic lovelorn ballads to more upbeat material – including a song with her own lyrics (a first for her).

Once seemingly in the shadows of the legendary late and great Fado singer Amália Rodrigues, Mariza is now becoming possibly the finest Fado singer of them all .. I don’t understand a word of Portuguese, it doesn’t matter! The music is truly wonderful and Mariza’s voice speaks to us all. A truly wonderful album.

You can hear these artists and loads more on my show “One World One Voice”,  alternate Mondays at 9pm (UK) /4pm EST/ 1pm PST , only on One World Music Radio – why not join me and see what you’re missing!  https://www.oneworldmusic.co.uk/

Posted by Chrissie Sheppard at 09:38