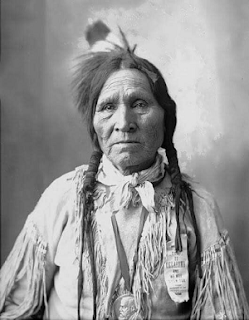 Native American Flute music experienced a resurgence in popularity in the 1960s, largely due to the dramatically increased interest in folk music by the American public. A similar increase in popularity occurred in the 1980s, coinciding with the popularity of New Age music. Today, many recording artists use the Native American Flute in their music in a variety of different ways, much like a contemporary instrument. Within Tribal culture, traditional flute players still learn through the oral tradition, whereby one generation teaches the next generation songs and methods that transcend written instruction. In this way, Native American culture is given new life with each new generation, as it has since time immemorial.

Throughout native people, there are many variations about the origin of the native flute. With respect to them all, here is my favorite which I learned from my late Uncle Michael Standing Elk.

On a nearby Indian Reservation, Tribal Elder and storyteller, Standing Elk is sitting near a stream on a large boulder with several children gathered around him. The sunlight weaves through the tall forest, and the voice of a hawk cries in the distance. "Listen, and I'll share with you an old story", Standing Elk says softly. Following his Tribe's traditional protocol, he then explains, ''As you can see there is nothing between us."  He then bends down and puts his hand on the ground, feeling the earth. "Our Mother Earth gives us many things ... water, trees, food, and life. All things are born of her and Father Sky; we are all related. Come, sit closer and I'll tell the story of the first native flute…"

A long, long time ago, there was a large cedar tree that sat on a hill top. This tree was believed to be thousands of years old and an elder in the forest.  It had been struck by lightning countless times; many of its branches bare, with dry and brittle bark.  From a distance the tree appeared to be lifeless, but still stood tall, watching over the valley. Insects of all types came and found a home in the tree, living in its heartwood. Because of its massive size and strength to survive lightning, local tribes believed that this cedar tree was special and should be honored. They performed ceremonies at the base and called it Grandfather Tree.

One night in a nearby tribal village a young brave, Looking Wolf, had a sad heart because he was in love with Raven Moon, a girl who held the same love for him, but her parents forbid a courtship between them.  Raven Moon’s parents did not think that Looking Wolf would be an acceptable husband for their daughter because of his bloodline. 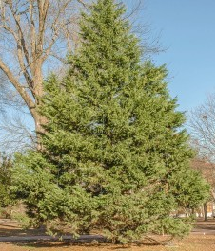 Looking Wolf decided to venture out into the night to express his sadness as he did not want anyone to see him cry from a breaking heart. Grandma Moon was rising full and bright, coloring the sky purple with her light as the wind whispered by, drying the tears on his cheeks. As he trudged along, Looking Wolf talked to the Creator, "Great Mystery, help me be strong and understand why my love cannot be. I am pitiful and need your help."  Immediately after his plea, unforgettable sounds echoed through the trees with beautiful melodies never heard before. 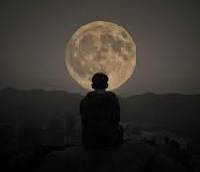 He listened carefully and followed the sound off the trail, making his way through the brush. Again the melody beckoned, but louder this time. Approaching the clearing Looking Wolf could see that the noise was coming from the hilltop. Then a rhythmic sound began to repeat from a distance… "knock, knock, knock... knock, knock, knock".  Up the hill he walked humbly, remembering that this was the place of the revered Grandfather Tree.

The wind began to push at the young brave, blowing past him up the hill while the beautiful sound from the tree reverberated through the valley. As Looking Wolf approached, he saw a woodpecker perched the lowest branch… "knock, knock, knock... knock, knock, knock". The wind rushed around him and made its way through the hollow branch notched with holes from the woodpecker and as it did so the most beautiful melodies filled the air.

The woodpecker flew away just as thunder rolled across the sky and lightning struck the hollow branch, launching the branch through the air to rest at the feet of Looking Wolf. He picked it up and felt the holes, instinctively covering them with his fingers. As like the wind, he blew through the end of the branch, playing the first native flute and playing his first song in gratitude to Grandfather Tree.

With happy tears, he journeyed back through the forest to play flute for Raven Moon and her family.  As Grandma Moon reached her full height in the sky, standing in front of their lodge, Looking Wolf opened his heart and expressed his feelings through the flute in song.  The whole village came out to listen.  Raven Moon’s father, with his new understanding that their love for each other was strong, approved their courtship.  A short time later they were married and the entire tribe celebrated their union.  Over the following years, Looking Wolf and Raven Moon had many children, grandchildren, and great-grandchildren.  Today, countless years later, when the moon is full and wind is whispering through the trees, you can still hear flute melodies of true love in the forest. 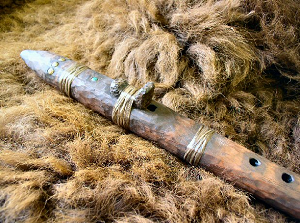 The children sit quietly enthralled while Standing Elk finishes the story. "You see," he whispers, "Even when things appear to be sad, creation is always there. Everything and everyone is a gift, and it is good to remember to walk without fear, always listen, and be thankful."

Posted by Chrissie Sheppard at 08:04