Message In A Bottle 2 by Dave Bessell

This week finds me working on music for an exhibition on the theme of ‘Folk Horror’. Think Wickerman or the more recent Midsommar perhaps. It got me thinking about different influences in music and the role that world music plays in that. It is conventional I suppose to date the influx of music and influences from different cultures to the 1960’s I’m thinking Hugh Masekela, Ravi Shankar and others. Personally though I think influences from other musical traditions beyond Europe can be traced back to Debussy who was influenced by a chance encounter with a Gamelan performance in Paris in 1889. You can hear how that worked out in his piece ‘Pagodes’.  https://www.youtube.com/watch?v=RAnJsNDhZNc

Jazz of course also evolved from a variety of influences representing things as diverse as French military marching band music and music from West Africa - Mali in particular. It’s notable that these influences came together in early forms of Jazz around the same time that Debussy was also developing his interest in music from beyond the European classical tradition. The earliest use of the term ‘Jas’ to describe a style of music was in 1916 in New Orleans but early forms of proto Jazz such as ragtime can be traced back to the late 19th Century. It is also significant that Debussy was the first classical composer to incorporate a ragtime influence into one of his pieces. The rather unfortunately named ‘Golliwog’s Cakewalk’ from 1906-7 https://www.youtube.com/watch?v=aCLVB2tPY98

We can look to the role of developing communications and travel technology as a prime reason why music of other cultures began to appear in western societies around the turn of the 20th century. Before that the number of people who would have had access to the musical traditions of far flung cultures would have been quite limited although perhaps it is a little surprising that music from India didn’t arrive a little earlier given the existence of the English colonial Raj. Coming up to date and skipping the whole development of those early trends we are now immersed in a world of the internet and mobile phones where pretty much any music from any

where on the globe can be accessed instantly. Personally I find Gnawa music from Morocco inspiring along with other rhythmic traditions from West Africa (Nigeria, Ghana). At times I have been influenced by rhythmic and melodic ideas from the Indian classical tradition too. I’m sure my own music would have been poorer without these inputs but the traffic has become two way, for example the American jazz influences in afro beat music, can be clearly heard in the music of Fela Kuti.  https://www.youtube.com/watch?v=IQBC5URoF0s

So where am I going with all this? Well in 2019 we swim in a multicultural musical soup more than at any previous time in history. It is good I think to just step back from time to time and consider this embarrassment of riches. Issues such as cultural appropriation and the dilution of distinctive musical traditions are perhaps even more relevant now than in the early years of our first encounter with world music. I’m not suggesting these musical styles should be off limits or confined to some authentic musical ghetto but there are psychological undercurrents bound up in ideas such as ‘exotic’ music which we should at least stop to think about on occasion. Hopefully thoughtful use of world music influences will at the very least help us avoid writing a piece entitled ‘Golliwog’s Cakewalk’! 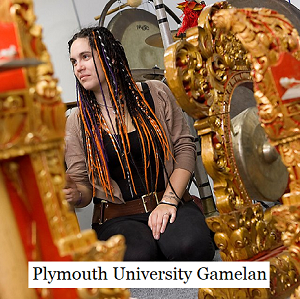 Posted by Chrissie Sheppard at 07:23