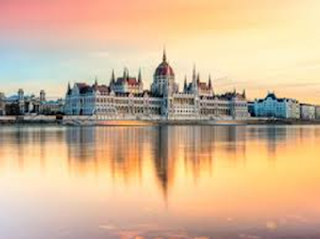 “Hello Music Lovers!!” Welcome to another edition of KERRY’S CORNER Delving into the lives and works of the GREAT COMPOSERS!!

The Strauss Family from Austria were a mega talented band consisting of ‘Dad and three sons’ of which Johann the 2nd was the most famous.

They ruled the ballrooms and coffee houses of Vienna in the Romantic Period.

It all started with dad, Johann Strauss the elder, 1804 – 1849. He happened to be friends with the director of a popular dance orchestra led by Josef Lanner who invited Johann to play the violin with them. This experience really developed his skills as a musician, and he learnt a lot about how to be a dance orchestra leader!

In 1825 he actually parted company with Lanner and started up his very own dance music ensemble!!  This group grew in popularity and scored some amazing successes in the taverns of Vienna.

Johann had positioned himself firmly as a composer, violinist and conductor with a huge repertoire of works including “The Champagne Waltz” and the “Festival Waltz”. He also dabbled in ‘Fantasia Form’ and light Operatic Airs.

The most noted and famous son was of course Johann the 2nd. 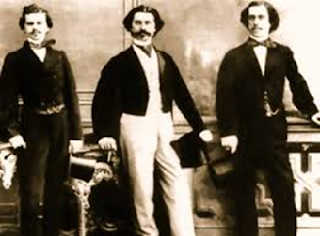 The “Beautiful Blue Danube Waltz” has the well known and beloved tune that we associate with a dance in 3 time. This epic waltz has no less than 12 motifs (or short themes) and borders on the ‘Symphonic!!’

It’s over 10 minutes long!!! …..and the teasing intro is approximately one and a half minutes long, before we get any sort of tune!! (Oh how l’ve daydreamed that l too, could adorn a beautiful ball gown, whilst a tall, dark and handsome man twirled me around a Viennese ballroom!!) ….ok snap out of it woman! 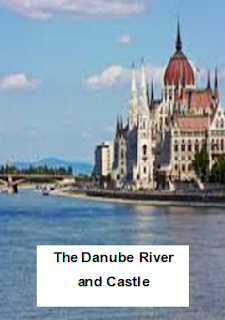 Johann went on to build an orchestra to rival his father’s in 1844. He was a great violinist and achieved immense success. He also went on to travel around Europe and America. The orchestra’s ever expanding catalogue embodied Polkas, Marches, Quadrilles (a type of square dance), and of course Waltzes. Less mentioned compositions included 18 light operas and ballets flavoured with Austrian spirit ~ “The Bat and The Gypsy Baron” to name two.

Younger brothers Josef and Eduard carried on the family tradition but never really reached the dizzy heights of their older brother Johann Strauss the 2nd. 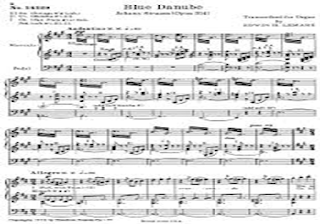 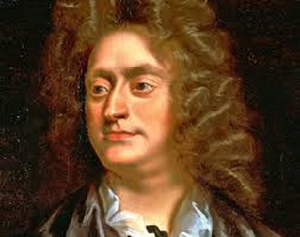 Throughout the history of music, Purcell rates as one of the greatest!

He even influenced the “Beatles” according to Leonard Bernstein!  (with the use of simplistic phrasing and modulations)

Born and died in London, at the tragically young age of 36. ……but boy did he pack a lot in, operas, stage works, odes, anthems, solo keyboard pieces, suites, the list goes on and on!  My absolute favourite is his ‘Aria’ from the opera ‘Dido and Aneas’, especially when sung by the brilliant Englishwoman Dame Janet Baker. Her portrayal of “When I am laid in Earth” is like no other. 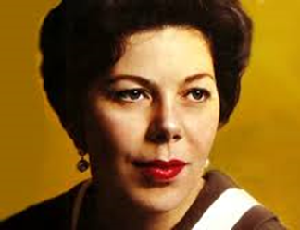 Lets talk about some English musical history here! ………hardly anything happened from Purcell’s reign, till hundreds of years later when Edward Elgar came on the scene!

That’s pretty tragic really…..what went so terribly wrong??? Other European countries enjoyed a strong and continuing musical tradition from the Renaissance period onwards. But to be fair, England was white hot in the literary field at this time. (some guy named ‘Shakespeare’ I think)

Purcell began as a Chorister in the Chapel Royal, then as organist at Westminster Abbey.

He married in 1680 and had several children. About two years went by as more of a family man, until 1682 when he was appointed organist at the Chapel Royal.  Henry also built church organs in his spare time and looked after the King’s instruments. He was thought of very highly!!  However, sadly this changed when the King died (Charles the 2nd) and he ended up composing music for the courts again.

Purcell churned out some great tunes including Odes, Welcome Songs, Royal Birthday Songs and Marriage Music. One of the standouts was “Ode for St. Cecilia’s Day” in 1692. 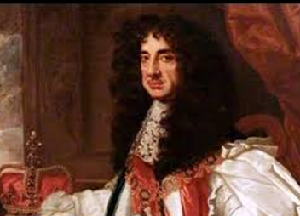 During the last decade of his brief life, he concentrated on magnificent compositions for the stage and theatre.

Bearing in mind that opera as such didn’t really exist in England at this time, Henry’s endeavours were quite revolutionary!!  He began by writing incidental music for five different operas, most notably “King Arthur”, “The Indian Queen”, “The Fairy Queen” and “The Tempest”

These works were all performed in top London theatres.

“Dido and Aeneas” 1689 continues to this day to be Purcell’s greatest work, and started life as a composition for a girls school in Chelsea!! 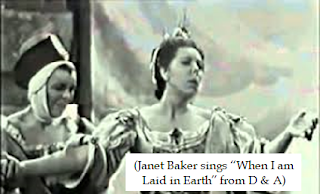 His genius lay in his unique talent for setting English words to music, whether sacred or secular, and a total gift for melody.

Among his final works was the moving Funeral Music for Queen Mary. He soon followed her to the grave aged 36.

Henry is buried at the foot of the organ in Westminster Abbey. 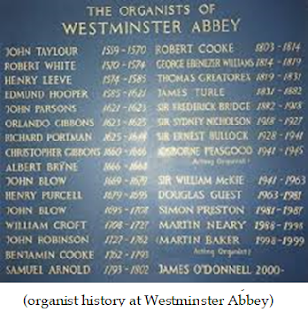 Posted by Chrissie Sheppard at 08:31