The Prescription is Music 3 by Darlene Koldenhoven

Allow me to use a seasonal trope from an American holiday carol, do you really hear what I hear?  In general, yes, in particular, no. We all hear things differently and our voiceprint is just as individual as our fingerprint. Hearing is automatic, a matter of survival, in the raw sense. Listening however . . . well, that indeed is an entirely different thing, whether a trained musician or not. There are levels of listening, conscious and unconscious, like peeling the onion, one can delve deeper into listening for musical pleasure, for motivation, relaxation, and so forth with ever more levels of musical utility that exist from the mundane to the spiritual, the healer to the companion. Beyond music, listening to the melodies that exist when people speak involves the brain listening to the overtones (we hear the fundamental tone when a sound is made while the brain processes about 12 more tones in the sonic spectrum per sound!). 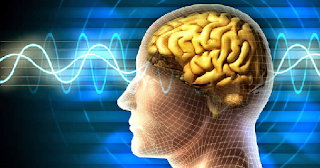 I became a certified sonic practitioner after learning about French otolaryngologist Dr. Alfred Tomatis (1/1/1920 – 12/25/2001) who showed us the difference between hearing and listening. (I was trained in 2014 in America at Integrated Listening Systems and at the Mozart-Brain-Lab in Belgium from doctors who worked with Tomatis.) Dr. Tomatis also taught us that in addition to hearing by air conduction, we also hear by bone conduction throughout the body. He taught us that the voice can only produce what the ear can distinguish known as “The Tomatis Effect.” He proved we can restore hearing by retraining the muscles of the middle ear when the loss is functional in nature. That through the ear, we can help those with ADD, Dyslexia, ADHD, Autism, Depression, Vestibular Disorders like balance and coordination, rhythm, organization, help with speech, motor and psychological development. Help with reading, writing, music, painting, creativity, math, geometry, auditory processing speed, concentration, focus, emotional regulation, memory, insomnia and so forth.

Dr. Tomatis developed a listening program to exercise the muscles of the middle ear, thereby, regulating the neural pathways in the brain. He called it Audio-Psycho-Phonology or as I like to say, ear-brain-voice. To me, the genius of his many contributions to medicine and music was that he recognized that it is the ear that is the conductor of our personal symphony, connecting for us the incredible linkage between the ear, the brain, the voice, and the body.

When it comes to singing, Dr. Tomatis was adamant that daily singing is one of the best things one can do for our selves for good physical and psychological health. He also noted there is a psychological aspect to listening which in turn affects what we hear and what sounds we reproduce. It is the whole body that sings and it begins in the brain.

Tomatis developed a listening curve, a type of graph that shows the ideal curve from low to high frequencies, soft to loud, left/right, up/down. After testing thousands of singers and musicians in Europe, his graph showed that singers and musicians may have a similar, ideal, curve.  Dr. Tomatis created the Listening Ear, basically, it’s a device that could alter the curve by retraining the muscles of the middle ear during listening to acoustically processed Mozart.1 One of the reasons his APP program works is because of the brain’s neuroplasticity, the ability to reorganize itself, a key component of sonic therapy. Neurons that fire together, wire together.

Of the many things with which Dr. Tomatis enlightened us, I experienced several during the thousands of hours I sang in the studios: right ear dominance in processing sound; changing what we hear in the headphones will change how we sing both level and frequency; good headphone mix is essential for a good performance; how raising your hand to cup your ear engages the two hearing receptors in the skin and helps you hear more accurately and faster and more. But it was the changes I experienced myself using APP during my education for certification as a sonic therapist and with my own clients that really got me resonating with it. For example, as a voice teacher, I hear the sound of my students’ voices change to a more natural beautiful tone. I see their self-confidence, attitude, musical ability and creativity soar. Speech and Occupational therapists say what normally would take 3 years to accomplish, will take only 3 months when adding APP.

What also struck me in his teachings is the emphasis on listening and how we listen. Good listening creates good communication. Tomatis showed us that even foreign languages have their own frequency zones.

When it comes to listening to music, are you hearing it through the narrow spectrum, incomplete sound of mp3’s or full spectrum CDs or Vinyl? Or better yet, live in person, especially in a good hall? Or is there the drone of the gardener buzzing away in the background? Or even someone yelling to you or someone else affects listening, which in turn affects how the brain/body reacts, as the ear is connected to every bodily organ by the vagus nerve. This can affect us over time, most commonly with volume, but also as frequencies get disarranged so do we.

Language interpretation is mostly understood by tone of voice, as important as our choice of words may be. If you are trying to think of what to say next, you aren’t really listening. But if you were really listening, when the speaker paused, you would know exactly what to say without hesitation. Try it sometime. As we celebrate, or not, the end of the year rituals and traditions and beginning of the year wishes, make it easy on yourself. Tune out the bad, tune in the good and just listen to one another. Maybe we will even hear our own voice. So to answer the question, “do you hear what I hear?” Wouldn’t you like to know?

Posted by Chrissie Sheppard at 09:43