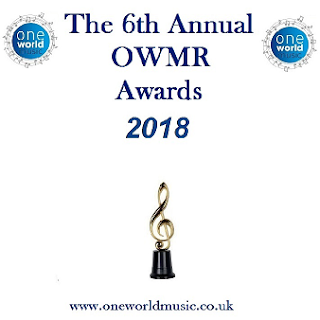 Congratulations must go to all the placed nominees in this year’s top European awards, featured on the leading new age music station One World Music Radio, now in its 6th year of both awards and soon to be as a radio station at the end of June.

With more categories this year than ever before they saw a bumper crop of fine musicians all vying for the winners slots. This year also saw more equal placements than ever before, with the OWMR’s panel of secret judges seemingly finding it hard to find an overall placement on several occasions, thus leading to an exciting climax in many categories.

So let’s start with a look back on a night of excitement and record listening figures for the global radio outfit and a night of exhilarating, spills and thrills for the artists. The Ambient award was scooped by MG Music’s Adrian Collier with the quite brilliant Lost in Fractal Forest, whilst The Alpha Wave Movement (Tranquillity Space) and Meg Bowles (Evensong: Canticles for the Earth), came in second and third. 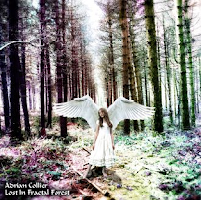 As we moved on to the Contemporary Instrumental award we saw the first of several duel placements, but the overall winner on the night was the Haiku Project (Henrik Hytteballe) and his album Life, running in second was Joseph L Young (Every Moment) and a double third placement between Al Jewer and Andy Mitran (Perihelion) and former Alice copper bassist Erik Scott with his release, A Trick of the Wind. 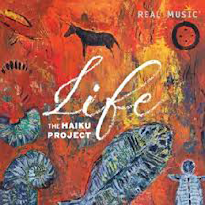 The best electronic music album is usually a close run thing, but not this year as the UK’s leading artist in that genre in Kevin Kendle, stormed to a win with a 100% score from the judges and his release Terra: Music for Mother Earth won with ease. Second and third placements were awarded to Stephanie Sante (Clear Light) and Andrew Kinsella (Cosmic Dawn). 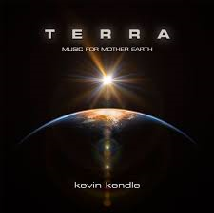 There were also new awards, as the much heralded Jazz genre was on show, a new addition to the OWMR stable, it has been a huge success for the station and as such Steve Sheppard’s Jazz Hour is now a two weekly show, this must have had an impact on the judges, as the scores for this award were extremely close and another double third placement was awarded. However congratulations go to John Pitman as his Kinship album took the top spot, while Roberta Tola took second with Bein Green, but the judges failed to be able to separate both Canadian Jazz Outfits in, The Toronto Jazz Orchestra and The University of Toronto 12 Tet, both bands took an equal 3rd placement, and amazingly just a mere 5 points separated Pitman and the 3rd place bands in a really tight encounter in the Jazz category. 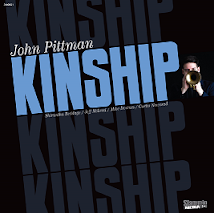 The Native American genre and its music has been growing steadily for the station over the last 6 years and from last year’s 5 artists in this category, this genre was nearly full with no less than nine artists up for an award. The winner on the night though was the duet of Jan Michael Looking Wolf, a real flute performing legend and newbie on the block Robin Gentlewolf, with their album Flute Dance, literally just scraping victory after a very close encounter with Gareth Laffely and Lance Bendiksen and their album Voices of the Guardians, the former ran out victorious by a tiny two point margin. Running in a credible third place was Monica Williams with her album Journey of Tears. 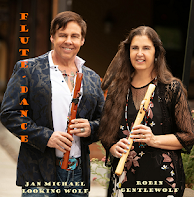 Further new awards were revealed as well, as OWMR opened up their first Neo Classical honour on the night, and that was taken by one of the finest female electronic composers of the modern era in Kerani with Small Treasures, she found herself a few points ahead of second placed debut artist Marcia Watson Bendo, a former number one on the station, her woodlands Moon album costed to a comfortable second place, and third was awarded to Terry Lee Nichols for his outstanding offering We Only Came To Dream. 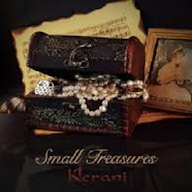 Veteran new age artists 2002 have been having a really successful year, topping the album charts on OWMR not once but twice, a feat not managed by more than a couple of artists other than themselves in the history of the station, and winning awards elsewhere with A World Away. They would be at it again tonight as they became another who would be awarded a full 100% by the judges, as they ran out easy winners in the New Age music genre. Running in a credible second was MG music’s Wychazel (aka Chris Green) with Zen Garden and once more a joint 3rd place went to both Rick Sparks for Half Moon Bay and David Whalers Mosaic album. 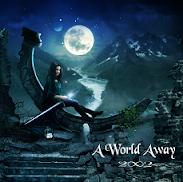 Piano has always been a big part of the stations output, first up though was with the award credited to artists using added instrumentation in combination with the piano, and the result on the night for this category was fascinating. Eamon Kerran would take first place with his release I'll Be With You, just behind him in second came pianist Heidi Breyer who is also having quite a year, her Moonlight in Empty Rooms album just literally came in behind the winner, whilst Gary Schmidt ran in third with an album that is in with a chance of being one of the longest staying releases on the stations chart with his release, Even for a Moment. 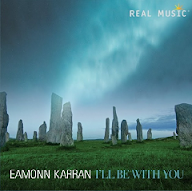 So naturally following that last award, we now take away the instrumentation and we look at Solo Piano, usually the most contested award of the night, tonight though saw the biggest shock of the awards with Joseph Nimoh taking the top spot with his release Conversations on Piano, while second went to Loren Evarts and his Home Again album, favourite for this award was Lynn Tredeau for her Fellowship of Solitude offering, she would snag a third place after her success with the same album at ZMR, but after scanning the scores on can see why the judges had such a hard job with only 5 points separating first to third place. 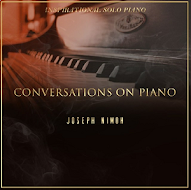 The Rock genre is undergoing somewhat of a transformation at the station presently, with rock shows now being placed wisely on any day of the week, rather than the failing rock Friday, these changes have made rock more accessible to more listeners on the station and thus made this year’s awards very interesting for the judges. It was amazing to see headliners Praying Mantis grab the gold with their album Gravity, whilst second place was awarded to DeVicious with Never Say Never and third went to Amanda Somerville’s Techtonic with Trillium. 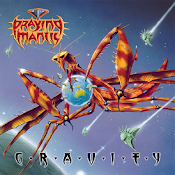 More spills and thrills would be on the horizon as we moved to the Vocal awarded and with their new show, The Voice on OWMR, more vocalists than ever are getting heard on the stations output.  Winners on the night went to, Cecile with her quite beautiful album Fearless, Bruce Lev came close though with the much liked Through The Vortex The Sedona effect album, and just one single point behind Bruce came female vocalist Snatum Kaur, with her release Beloved. 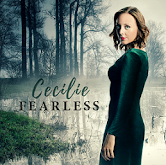 The World and global fusion genre has now taken off massively at the station with some big names appearing on the Andy Rogers broadcast One World, One voice and also on the stations many playlists. Tonight the glory though would go to veteran flautist Ron Korb with his amazing World Café offering, second position would go to the duo of Catrin Finch & Seckou Keita with Soar and running in third saw Koum Tara take that placement with the album of the same name.

So from genres we now move to the more technical part of the awards, with the album art being the main focus and this would also prove to be a tough one for the judges. However Joseph L Young would at last However Joseph L Young would at last win gold with the album art of his release Every Moment, he would find himself just two points ahead of Tsode’s The Quiet Music, The Sonorous Loneliness album, and yet again a double third placed award would go to both 2002, for the cover of A World Away and Richard Dillion for his Terra Incognito offering.

The sighs of anticipation could be heard now across the globe as we had reached the three awards of grandeur, we would start with the OWMR track of the year award. The bands 2002 by now were almost irrepressible in their hunger for success and their offering Stars and Moon ran out easy winners in the award. Coming in second and for her second placement was Kerani for her track Fields of Hungry, while the winner of the world music award Ron Korb was back; he took third place for his composition Take My Hand.

The excitement was now truly palpable in all its aspects as we listened with anticipation as to what the envelope marked single of the Year would hold. Of course OWMR are the first real radio station to have embraced the new singles culture in these many genres, and also became the first to come up with a singles chart which has just lately expanded again to a top 40, the energy is high with the singles culture at the moment.  Winner on the night was once more Kerani, who had a truly stunning night with awards, she now becomes not only the first singles chart number one, or the first woman to reach number one, she has now become the first award winner of this genre with her amazing offering Drive. However it must be said that Graeme Drum and Sandstorm would find that he only ran in two points behind her with his quite additive Sandstorm single, another number one in the chart, and now also a brand of Tea! Finally in third position would be Kristin Amarie with her song Awaiting the Night. 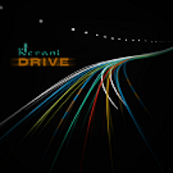 Now I hope you didn’t forget who much earlier on won the Electronic music award, well here he is again, this time winner of the most prestigious award of the Album of the year. Kevin Kendle for the second time tonight, came really close to taking another 100% judges marking, but just fell short by just two points, but that was more than enough to give him the album of the year award for his release Terra: Music for Mother Earth. This veritable gallery of stars would continue to shine as 2002 and A World Away took second, and in third came Joseph L Young with Every Moment.

We had now just one more award to see given, and this was down to the listeners, who for nearly three moments gave their votes to the station for the People’s Choice Award. A fine array of fans favourites were on offer to be voted for by the listening public, and on the night we would see that topping the poll would once more would be 2002, the Copus family were having a real ball at the awards tonight. However we can tell you that they only ran out winners by just two votes over second placed Lisa Swerdlow, the much placed Joseph L Young came in third.

So that’s it for another year, next up on the OWMR awards calendar is the Life Time Achievement Award to be aired we believe sometime in the latter half of this summer of musical excitement and fun.

Posted by Chrissie Sheppard at 07:07