Five Angels for the Millennium and Onward by Steve Sheppard 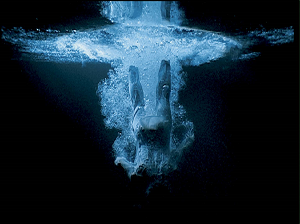 In 2001 I made my way to the Tate Modern in London UK with my late wife, she was an artist, I a lover of modern art in all of its forms, until this point I had never heard of the creator in question one Bill Viola, but this day in the capital of the United Kingdom changed my perception of art in all its guises for ever.

Here was a new age, we had literally crept into the 21st century and things were changing fast around us with each day passing, I had been eager to pay a visit to this exhibition as I had heard glowing reports from critics, but what I would find would indeed blow my mind.

Five Angels for the Millennium, in 2001, consisted of five large-format projections placed a few feet apart in a darkened space. The images, all of a man diving into water then rising motionless from the depths, are from film and video footage shot in 2000 for an installation called The World of Appearances. 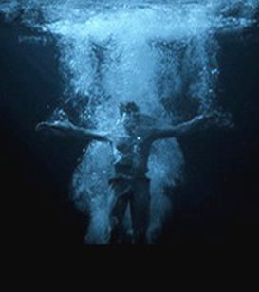 Though only one clothed man was filmed, the artist assigned him different names in each of the Five Angels projections: Departing Angel, Birth Angel, Fire Angel, Ascending Angel and Creation Angel.

As we entered the residence of this work, it was pitch black, not even your eyes could get use to such inky blackness, so much so that we had to literally crawl along, palming along on the wall as we entered, bumping into others and sensing the fear of light depravation as we went, it felt like we had entered a realm of darkness and great trepidation.

Until my recent research I had not realised that Viola was an artist, a video genius as some call him, one that uses electronic sound and noise to manifest his work, this exhibition was exceptional and in every way I now reflect back and appreciate the use of electronic music drone styled music we hear on stations like One World Music Radio to truly enhance the experience.

Light changed as each angel in each portrait jumped into the fluidic nature of space and what appeared to be water, then darkness for a few more seconds until, there he is once more, seen emerging from the next frame and out of the water and so on and so forth.

For years this captured my imagination, with one of my then wife’s art exhibitions, we used, with permission, the space music of Kevin Kendle to further emphasise her work, I have seen Bang On A Can, also like Viola from New York, perform Brian Eno’s Music For Airports actually at terminal 2 of the San Diego International airport, in an incredibly performance that mixed reality with the minimalistic ambience of a busy airport. 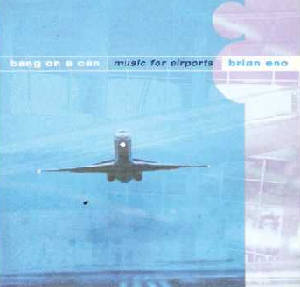 I truly believe that as we move further into this technologically based century, you will see much more of this combination arriving at our doors, music and art are collaborating more as artists both musical and graphic, seek to get their message across to an ever growing and hungry global audience, I for one cannot wait to see the outcome.

Posted by Chrissie Sheppard at 08:41