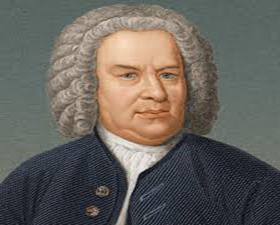 Hello Music Lovers! Welcome to another edition of KERRY’S CORNER …..where I delve into the lives and works of the Great Composers, today, it’s all about

Bach quite simply is the king of Sacred Music. He wrote for the German protestant liturgy, mainly cantatas, keyboard and instrumental music.

Schubert once said of him “Bach has done everything completely, he was a man through and through! (Schubert was born over 40 years after Bach’s death).

Many people have thought that Bach’s music fulfils a profound spiritual need and has an ‘other worldly’ quality to it. (I’ve been trying to tell my mum that for years, but she still can’t stand his music!)

Bach’s life was dominated by his devotion to the Lutheran faith, and his music was dedicated to its service.

He didn’t much like travelling (unlike his peers) and spent his whole composing life in his native Germany, and mostly in the region of Thuringia and Saxony. He came from a long line of organists and choir masters etc. and his father Ambrosius was himself employed as a musician by the town council of Eisenach.

Bach lost both his parents by the age of 10, (how tragic) so he was sent off to live with his elder married brother J.C. Bach and stayed until the age of 15. He then obtained a free place at St. Michael’s school in Luneberg 200 miles away in north Germany. There, he benefitted from a solid musical education and also sang in the choir. 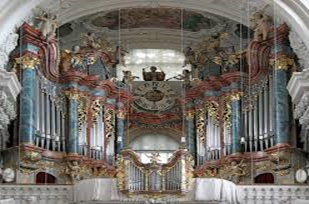 (The organ Bach would have played)

At age 17 he returned to Thuringia to look for a job (is this still the man who wrote the 48 Preludes and Fugues, scratching round for a job!)

Initially he found a post as a violinist in a Weimar court, he got a bit fed up with that and began composing like a mad man! … (I can relate to this being a mad woman myself) … and it was at this time he made the legendary pilgrimage on foot to Lubeck (260 miles) to hear the celebrated organist Dietrich Buxtehude!!  It must have rubbed off because Bach went on to be a professional organist.

It was also at this time that he married his second cousin (is that still legal?).

Her name was Maria Barbara Bach and they went on to have 6 children of whom C.P.E. Bach bridged the gap between late Baroque and early Classical eras … so it kind of went CPE /Haydn.

1721 was the year of the Brandenburg Concertos, (I’ve always longed to play the continuo- harpsichord part in one of those, oh, and the powdered wig)

Can you believe that Bach composed over 200 Cantatas, he must have been at it all day!

One of my favourites of his is the Double Violin Concerto, I once saw a video of David Oistrach and Yehudi Menuhin playing it in black and white film, amazing.

Bach’s composing sprees were still going at top speed with additions like orchestral works, harpsichord sonatas and cello suites; whenever I hear the G major one, I immediately think of the film ‘Hangover 2’ where Teddy lost his finger and will no more be able to play it.

Being a German, Bach was very fond of the Italian styles of Corelli and Vivaldi and immersed himself in the intense study of them.

In May 1720, Bach’s wife died suddenly, but it didn’t take him long to find another girlfriend, whom he married the following year. His bride … Anna Magdalena. She proved to be a great asset to her husband and was herself a great musician, playing the harpsichord, singing and more. They went on to have 13 more children! (oh, that poor woman’s uterus) … but he still found time to compose the mega body of work that are the Preludes and Fugues, the staple repertoire of all great pianists. (I saw Andrass Schiff play them all from memory) … another little story if I may … many years ago I went to the Wigmore Hall in London to see a performance of Bach’s St. Matthew Passion, and my boyfriend at the time fell asleep 15 minutes in … just as well we were sitting right at the back (of course I was riveted).

Due to the nature of relationships, Bach’s career became rather fragile, so he decided to move to Leipzig where he carried on composing till his death 27 years later. He took on some teaching work and wrote 250 works for the church there. Among his last major works were the Goldberg Variations for harpsichord, of which I had the privilege of seeing Virginia Black perform in London too (the finest harpsichord player England ever had).

Very sadly, towards his death Bach became almost totally blind, how awful for a prolific scribbler.

He will always remain one of the world’s most revered composers that ever lived. Rock on man!

Posted by Chrissie Sheppard at 16:59 2 comments:

What about the Microwave? by Emma Thacker 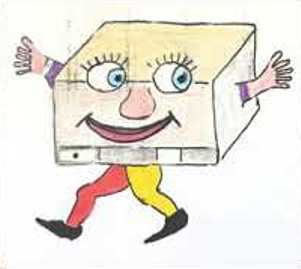 What about the Microwave?
by Emma Thacker
There was a young man
And he was called Dave
He had an old friend
Who was a microwave.
Though he pinged a lot
He was well behaved
And his best friend Blender
Lived in a cave.
The cave was wonderful
Warm and bright
Although there was really
No sign of a light.
There was a young man
Who said he just might
Steal poor old Blender
And ask for a fight!
But Dave came along
And stole the man's glove
So that he couldn't fight,
He was so much in love
As the Blender took on
A most voluptuous form
And cradled the glove
The young man had worn.
Blender took his mate
Along to his cave
And in the glare of the dark
He most solemnly gave
The promise of love
And a garden to pave
As long as the best man
Could always be Dave!

Posted by Chrissie Sheppard at 22:30 No comments:

The Breath of Life by Lia Scallon 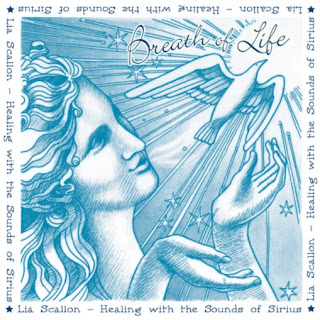 This poem is Lia’s attempt to articulate the powerful vision she experienced during the recording of  her album ‘Breath of Life’.

Time to leave this body – time to go home…… Eyes heavenward You feel the breath of life…. Breath of Spirit beckoning Breath of Spirit waiting to embrace you. The arms of the Divine Eternal Mother are open wide to receive you. She draws you to her bosom Into the beautiful vastness of the Universal One-ness…… The Universal Allness…… Which is your home.

A wave of energy sweeps through your beingA rush of energy from above.Surging soft, light energy from the CosmosDescendsAnd sweeps you up.You merge into this wondrous, wave of LightAbsorbed into itImmersed in itYou know you are home.

Looking down upon the physical body you have leftA feeling of great love floods through you,.The physical form served you very wellBut that is done…..You belong to the Stars…….It was but a brief visit – a journey – an exploration.

Your spirit overflows with lightness, joy and love!Sparks of light fly off you, as you sweep through the universePart of…at one with…the Divine Cosmic Source.

Posted by Chrissie Sheppard at 16:11 No comments: